At last, I have finished a proper model kit. Apart from the 1/144th stuff that I was doing last year, it is a long time since I completed what I see as "proper".

I have always loved the GT40 and have wanted a model for many years.  The target for this model was the Bruce McLaren/Chris Amon Le Man winning car of 1966 as in this photo. 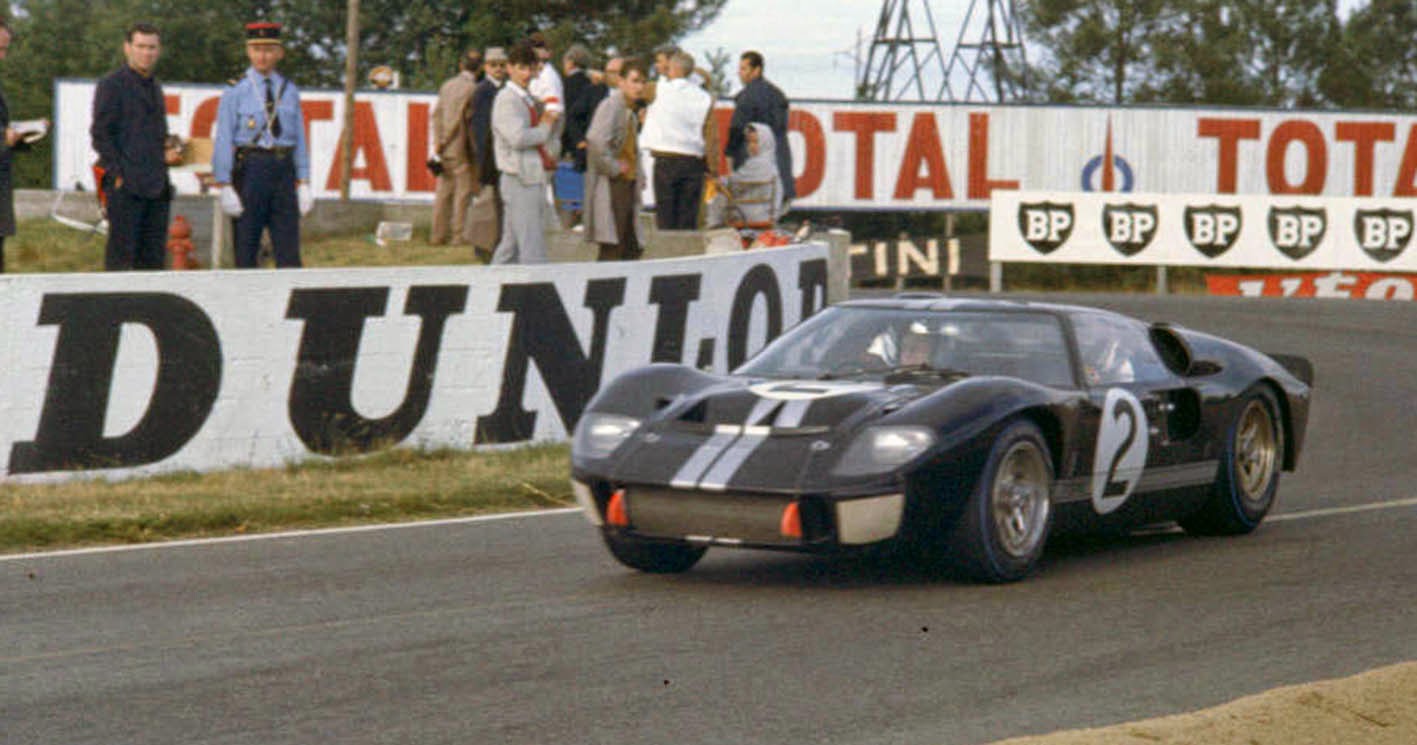 When I found that the Fujimi kit only contained one set of decals, I was a bit concerned but when I saw the box, I knew that I had to build it. The kit itself went together with very little problems - or effort. Being black all over, I was able to use my favourite Vallejo black primer as the paint and then multiple coats of Klear - hand brushed to get a decent shine. I always find that spraying Klear leaves very thin coats whilst hand brushing goes on better. Remember that Klear is self levelling so you never get any brush marks. It is a bit disconcerting when you put on a second coat as you think that everything has gone wrong because the surface becomes very cloudy. However, what is happing is that Klear consolidates itself into a single coat from multiple applications so the cloudy effect is the top coat softening the layer beneath before this consolidation takes place. Within a few minutes, the surface is its usual brilliant shine again.

The only bit that isn't quite right in the kit is the front wheels. They are designed to roll but the mechanism leaves them a bit floppy on the suspension. Still, as it is a static model, that won't matter. In fact, I would have shot some super glue of into the wheels to fix them in place (I only realised that it was a problem when I put the body on) but I have run out of super glue! I can do it later, though.

So, here is the finished kit. 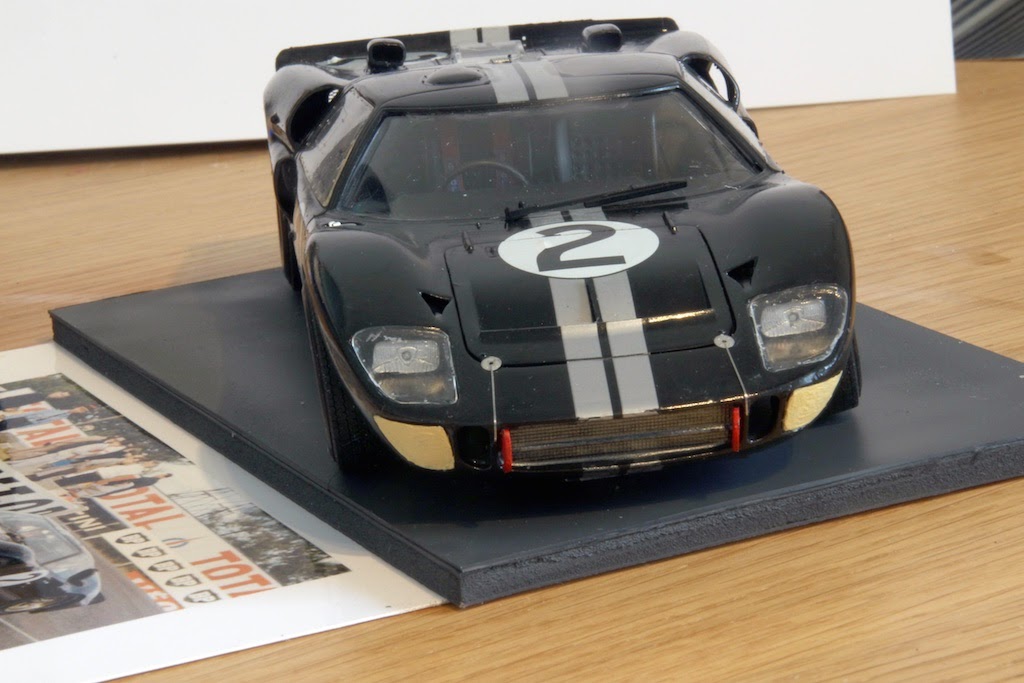 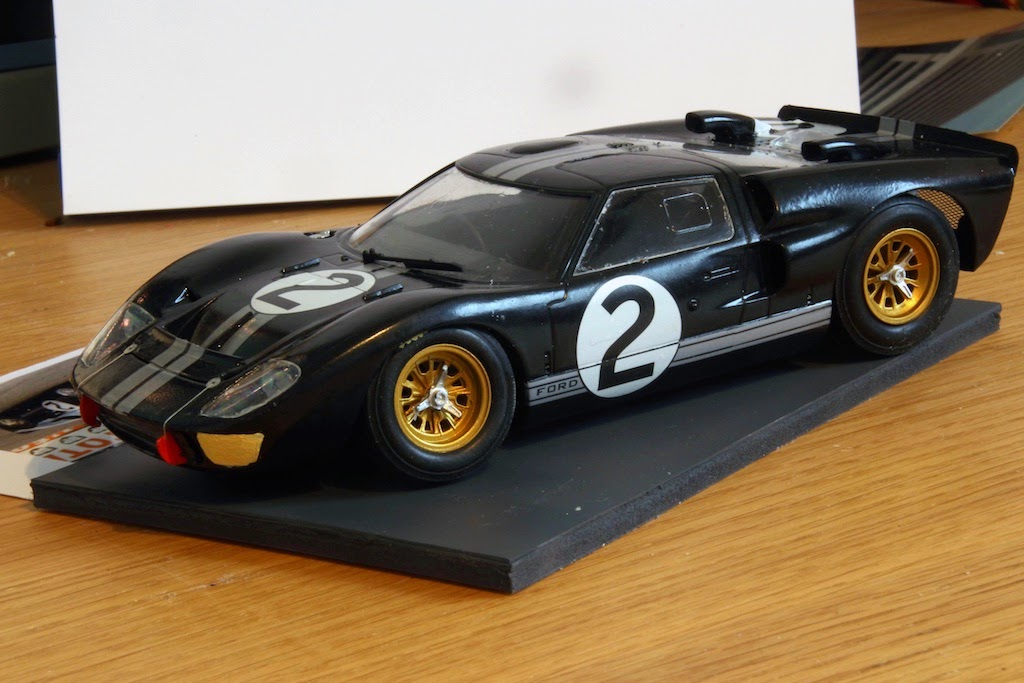 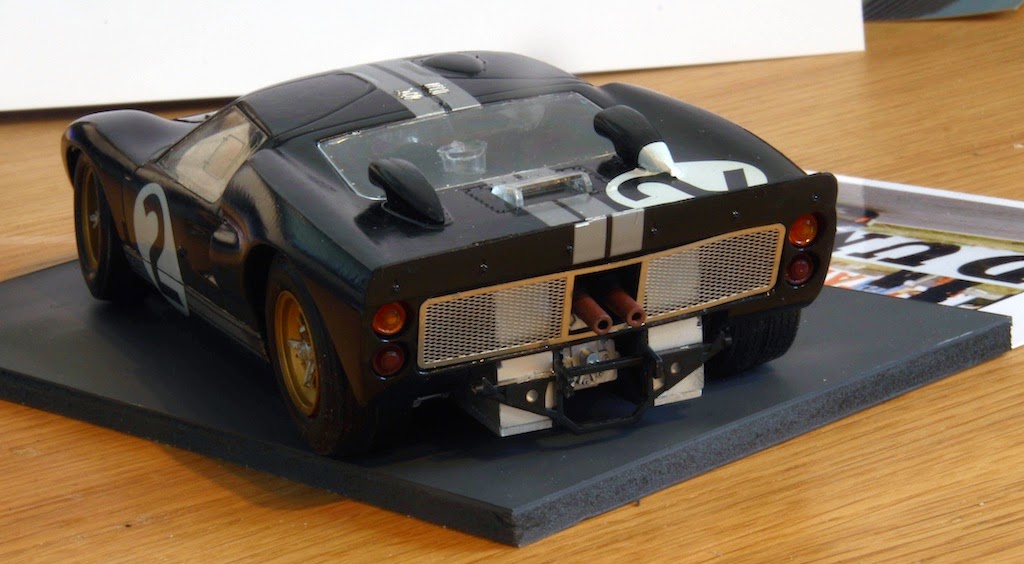 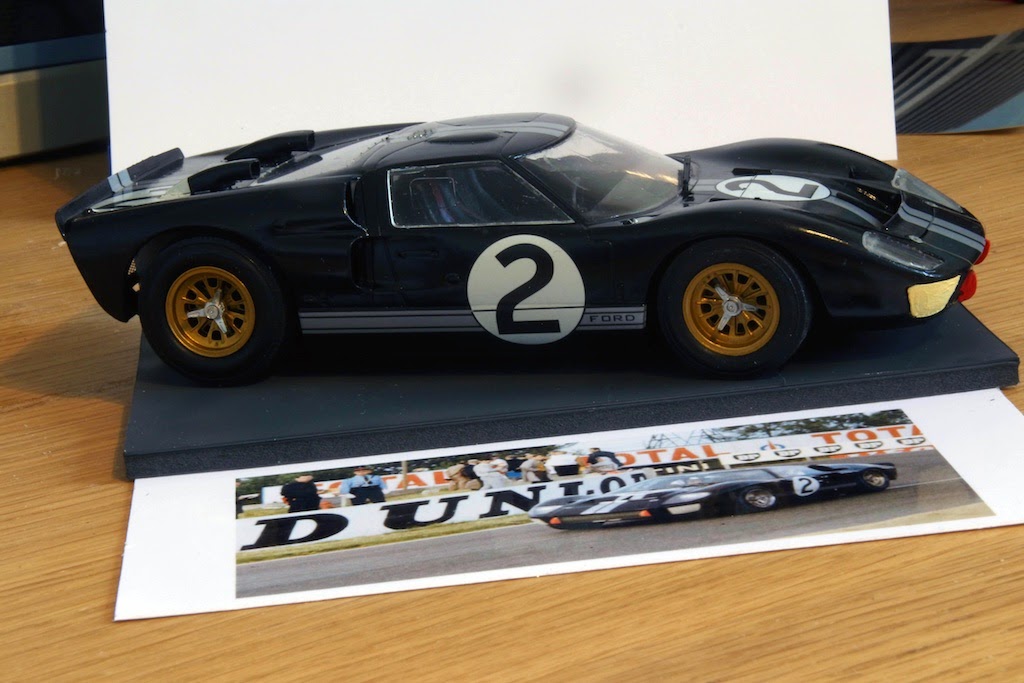 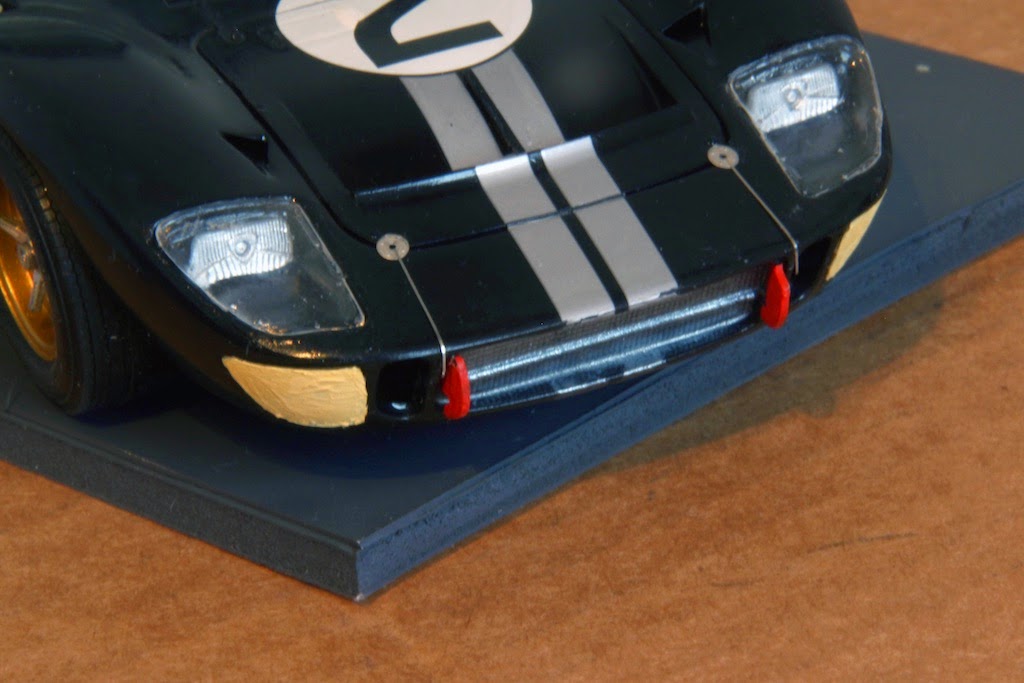 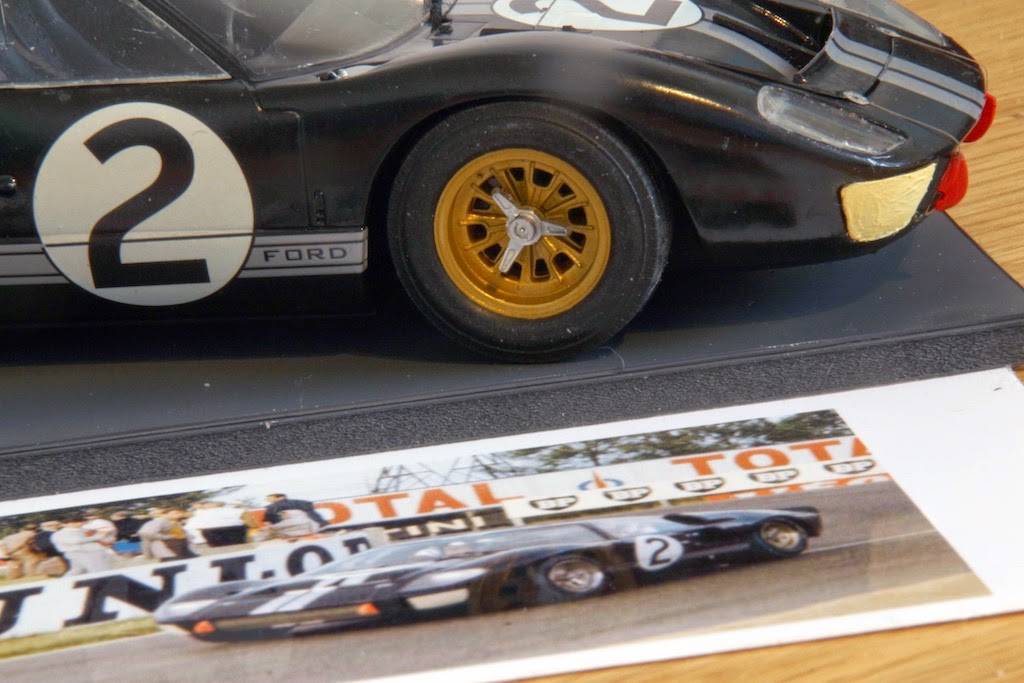 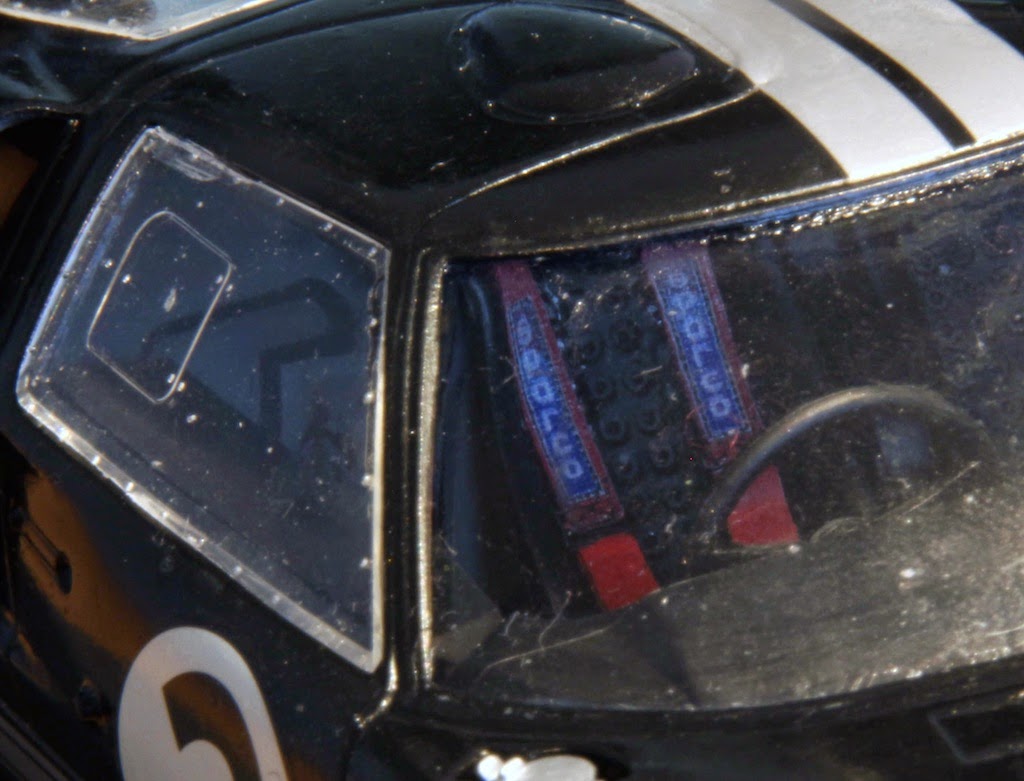 So, what is the next project. Well, I have had so much fun building this that I decided that I was on a roll. Firstly comes the Fujimi 1/24th Shelby Cobra. I have built the Revell version before but that went to Dan in Connecticut so I would like one for myself. The Revell kit was out of stock at my supplier, so Fujimi it is. 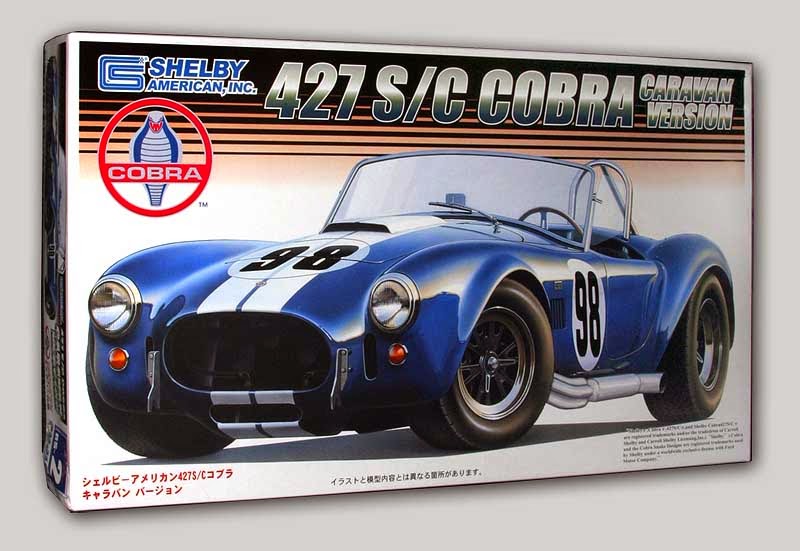 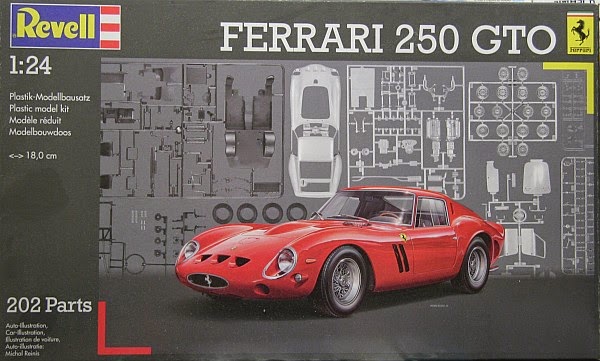 Finally, the Revell Shelby Mustang. Again, I have built one of these but it, also, went to Dan as a present. 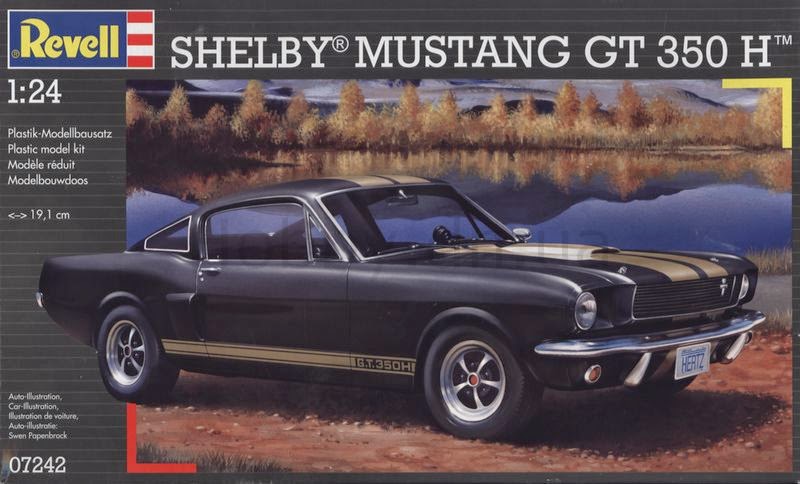 One of my first ever (maybe the first) magazine subscriptions was to Motor Trend because I wanted to follow McLaren racing. I loved those cars. I even had a Slot Car modeled after one. I don't know if the slot car craze hit the UK, but it was big here for a while back before I could drive. I used to beg my mom to drive me to one of the local tracks and leave me there for a couple of hours. Thanks for the memory jog!

We were big into slot cars as well. We persuaded our scout troop to purchase a ton of second hand track and have a weekly slot car night. I remember that my friend hand carved a Ferrari 250LM and I built a Shelby Cobra. This was circa 1962-3. Some things never change