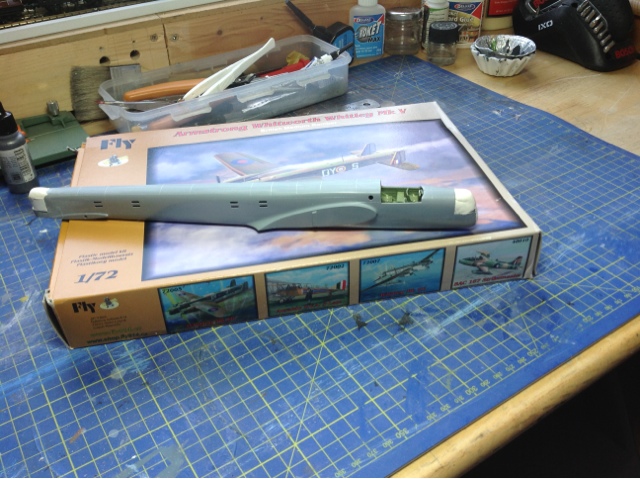 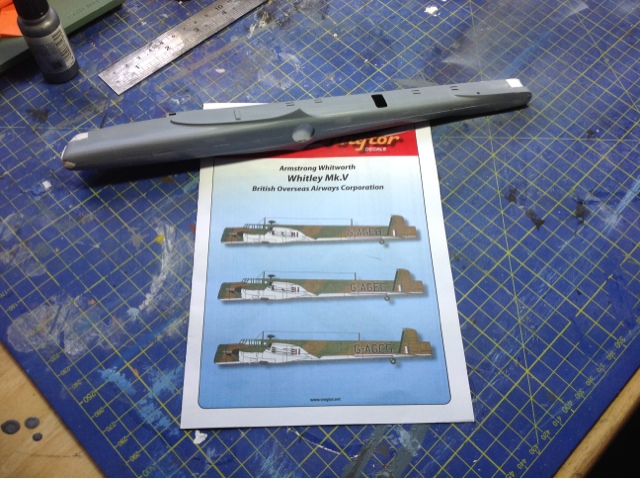 Tomorrow, I will start carving it to shape. No doubt it will need a good dose of filler as well!
Posted by Long Haired David at 1:03 PM 1 comment:

As mentioned before, this is a Sovereign 2000 bust and costs an amazing £16.50. When I ordered it, Valerie asked me if it was going to be any good because my other Young Miniatures busts all cost around £40.00. Well, I didn't know but i thought it was worth trying. As it happens, it was well worth trying as the bust is beautifully moulded and looks exactly as it did on Historex's web site.

I did tell Geoff Woods that I would try using oil paints for the face and he was kind enough to drop off a book on figure painting when he was lunching at the Aurora restaurant just down the Waterfront from us. I am sorry to say, Geoff , that it didn't work. I bought the paints, mixed them up, got the right shades, etc. but when it came down to doing the shading, everything just kept merging into a single colour because the underlying coats never dried to any sort of hardness. I think I will have to talk to Geoff about this, as I can see the benefit of being able to merge the shades. I just don't know the knack at the moment. Still, I have finished it and I think it ranks alongside my DAK Tank Commander. I don't know what you think but I am very pleased.

Well here goes - let me know what you think. 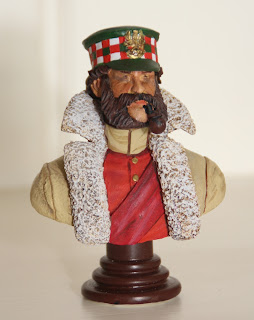 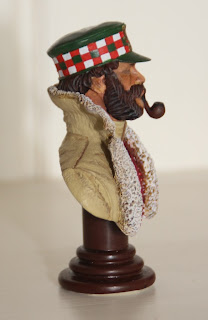 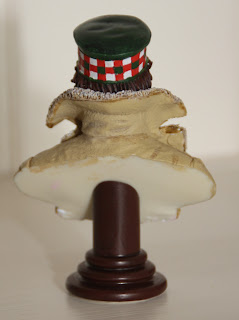 I did speak to Geoff about the hat band. His comment was that he just drew some lines and did it by hand. I wasn't that confident so I did the following: Firstly, I painted the hat band white. Then, I cut a long strip of masking tape to the width of the vertical stripe. I then put this tape around the hat, butting each piece up to the next. This ensured that the gaps stayed the same and everything was as parallel as I could make it. Having got it fully set, I then removed every other one. I painted the bits that were open with the scarlet paint. Once this was dry, I cut  two further strips and placed them lengthwise around the band leaving the middle line open. This was then painted with a slightly brighter green than the top of the hat. Once, all this was done, off came the masking tape. With a little bit of cleaning up it was "Job Done!"

Posted by Long Haired David at 8:52 AM No comments: