At last, something worthwhile - and finished!

As you may know, I had a long while on medication last year. This really messed up my modelling and left me pretty much uninterested in doing anything at all. Now, if anyone knows me, they know that I am not one to sit still and do nothing but... Medication can do strange things. I am still not fully fired up but I thought that if I could get one decent thing finished for the new year then I might get going with a will. Unfortunately, the same lethargy has hit my building of my model railroad so I hope that I can throw that off as well.

Here we go. I have a small stock of un-started resin busts. These are something that I have always enjoyed doing. I might not be the best but I make a good fist of any one I make. I was especially proud of my Desert War Panzer Officer and my 71st Highlander Officer from 1854. I thought it would be good to do another Highlander - especially as I had cracked the tartan on the hat, or so I thought.

It all started out well and I went through my usual paint red, paint white, touch up white, touch up red and so on. I finally got the main part of the bust completed. I then tackled the face. I had three goes at this. I tend to make my faces too dark. Eventually, I overpainted it all and gave him a slightly pink tinge which, in fact, works very well. This left me with the tartan band on the hat.

I thought I could remember how to do it. The important thing is to have the vertical stripes really vertical. I found that the best way to do this was to calculate how many stripes there were and work out their width. This turned out to be 3mm. Firstly, I painted the band white.  I cut lots of masking take and filled the whole hat band with vertical stripes of masking tape. I then removed every other one. Painting the result red, I then removed the masking tape - wrong, I was left not being able to define the green squares properly. 2nd go - I did it all over again but this time left the vertical tape in place whilst I masked off the top and bottom to leave a clear stripe around the middle. I painted this green. On removing the tape, I found that, somehow, I had some of the red stripes with green squares along with some of the white ones! I am not sure how this happened. I removed all the tape and took the paint off again. This was the second time I had to do this. Using my Dremel with a sanding disc - I very gently took all the paint off and did no damage. On the third go, I finally got it right!

Using Adobe Illustrator, I made up a name plate on some glossy photo paper. I still have a couple of nice polished bases from the old SBX days so one of them came out of the treasure box. 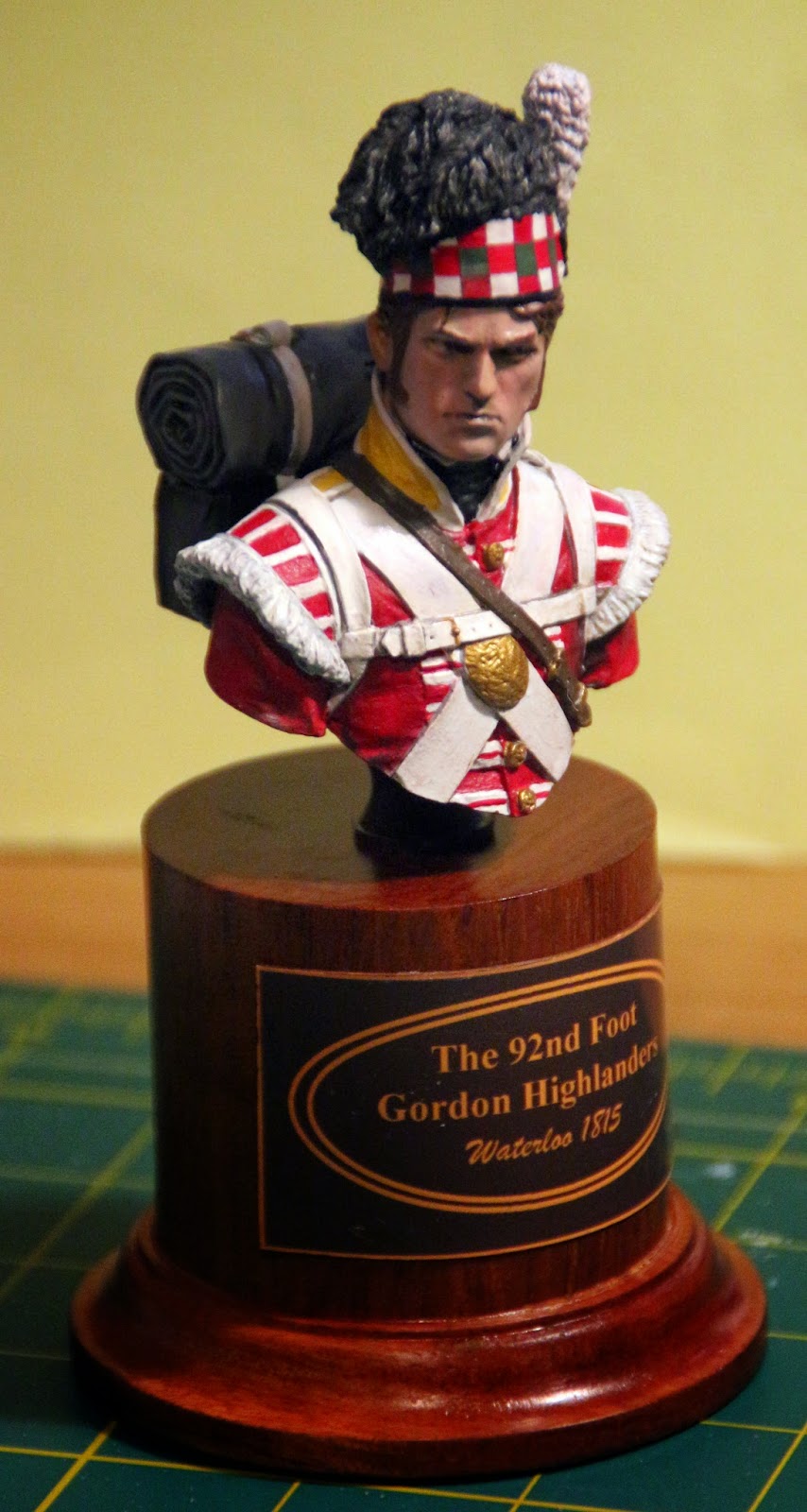 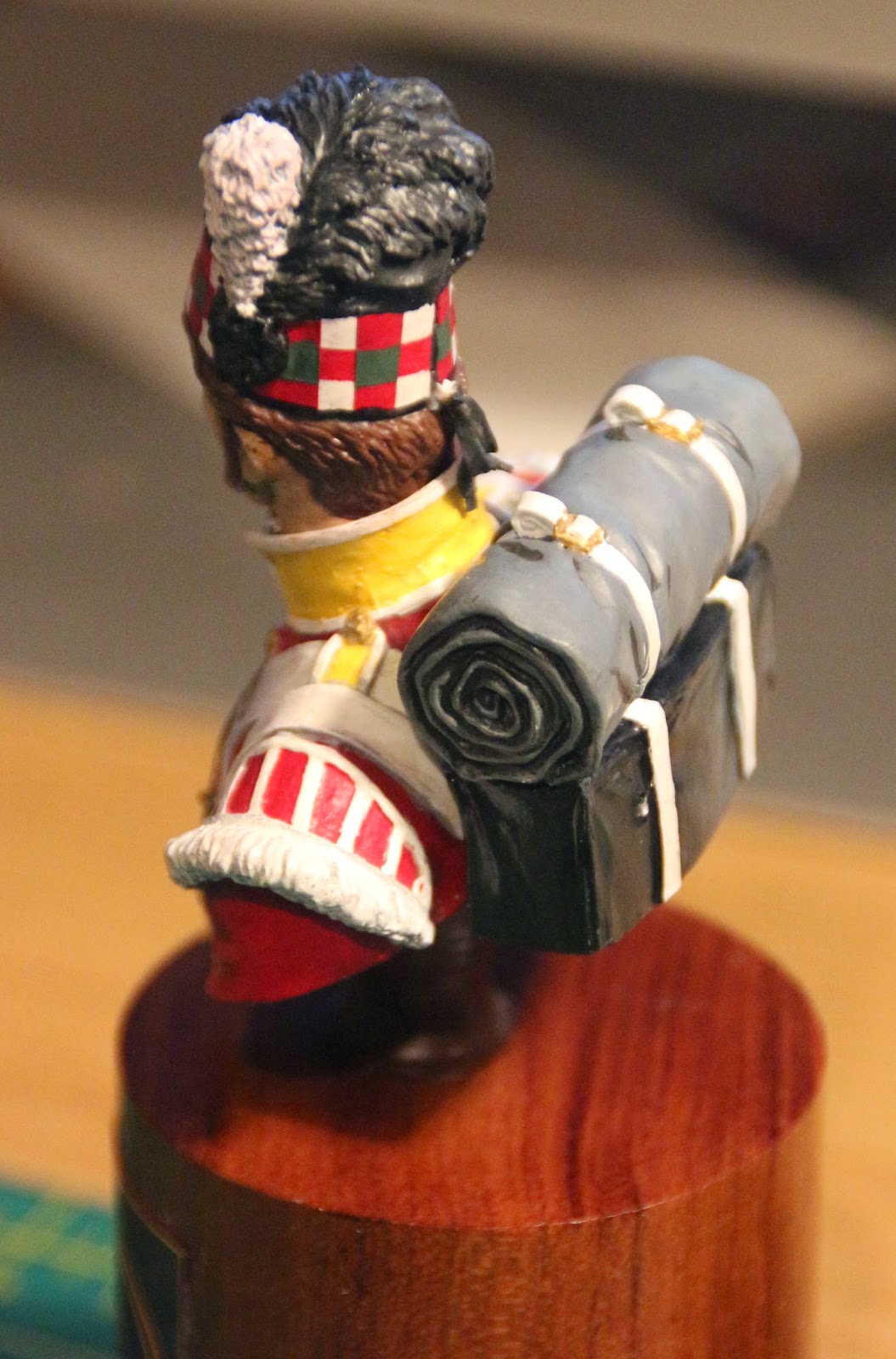 This is absolutely beautiful!