It is a long time since I did a proper (?) Airfix kit and, I have to say that I was pretty impressed. The instructions were clear, the decals were perfect and the fit was as it should be.

I took the easy way out with the decal version for the Royal Navy Historic Flight, mainly because I prefer the FAA colour schemes where the Extra Dark Sea Grey comes down the fuselage rather than stopping along the top.

I had no problems in making the kit so, all I can do is show you the finished model. 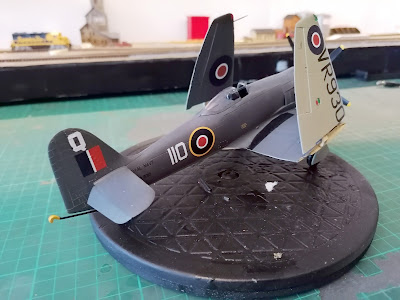 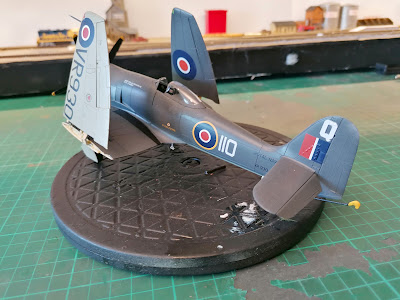 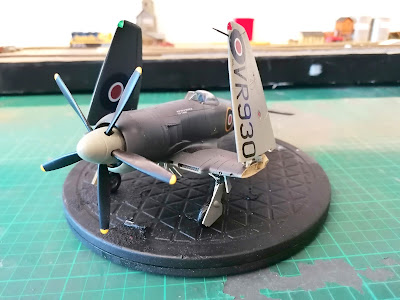 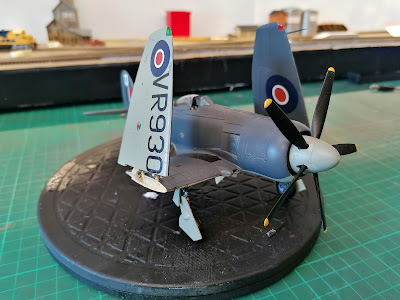 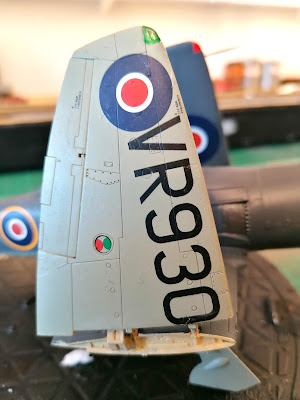 Posted by Long Haired David at 8:48 AM No comments:

I am back and running with model aircraft. The 333 Squadron Mosquito is finished. I am very pleased with it. 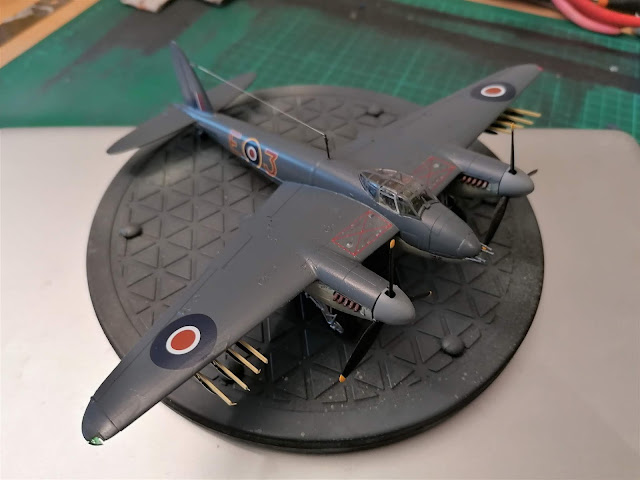 and here is the Norwegian flag. 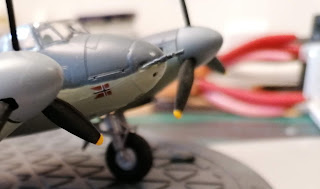 Posted by Long Haired David at 9:17 AM No comments:

Tamiya Mosquito for the 2nd time

I started work on a Tamiya Mosquito a long time ago but made a mess of the nose. Tamiya make the nose parts separate so that they can offer two different variants but I managed to stick the parts on badly. The only thing to do was to throw it away and buy another one. The new one stayed in the storage unit for a long time but I now decided that I needed a foil against the BR52. The BR52 is a great kit but it is very intimidating so working on a little 1:72nd scale model  seemed like a good idea.

The Mosquito is the third part of my Banff Strike Wing trilogy. I have made a Beaufighter from Dallachy and a P-51 Mustang 4 from Peterhead so a nice Mossie from Banff would make the set.

The above image shows the squadrons lining up for take off. There is another photo that shows 48 Mosquitoes parked around the airfield. I managed to get a set of decals for elements of 333 (Nor.) Squadron - known as "The Outriders". Their job was to fly out in advance and suss out suitable targets for the wing to hit. They had small Norwegian flags on the nose of their aircraft and would regularly fly low over Norwegian coastal towns where they got huge cheers from the populace being fed up after 5 years of occupation. I went for Mosquito FB.VI HP904.

I have been very careful in my modelling, just for once, but still managed one of my regular stupid mistakes - I left off the landing lights on the underside of the wings which had to be inserted before the wings were stuck together. I realised just AFTER I had glued the wings together. Still, as I will almost never pick the model up, I decided to stop worrying.

As I have been moving over phones, I don't have any build images except the one I took today which shows the model fully painted and decalled - just awaiting all the bits that could break off when being handled. 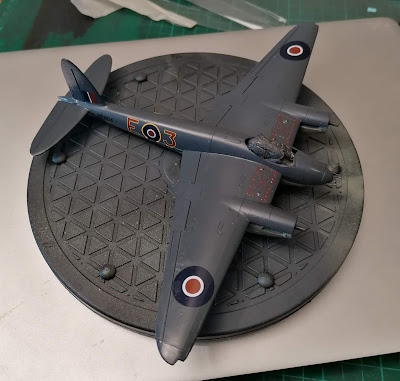 More when I have got it finished.


Posted by Long Haired David at 7:28 AM No comments:

Just one year has passed with little activity

I started out with a Marklin model railway back in January 2019 which has been my only focus for the last 12 months. I have done a little amount of plastic modelling but it has all been buldings for the railway so I didn't feel that this fitted into my modelling blog themes. My wife, Valerie, has finally told me to "do something else". On being asked what, she told me to make the Trumpeter BR52 loco (or lok as I now call these things) as I enjoyed that before and it was a good sized project. Good sized? Well!!

I had a trip up to Hannants last week with my close friend Mark to collect the kit. Needless to say, I bought some other stuff - some paint and the beautiful Tamiya 1:48th scale Lockheed P-38. Lunch in the White Hart at Blythburgh rounded out a nice trip. 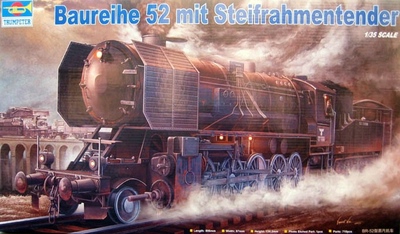 Here is the inside - 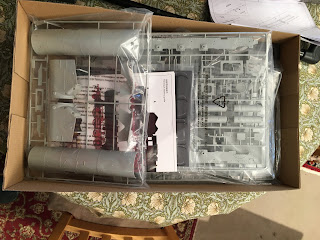 My first job was to get the airbrush working again. It all had to come back from storage and be cleaned uo before use. Unfortunately, I can't find the quick release for the airbrush so I ordered one from The Airbrush Company but managed to order a set that is too big. I did that a few times when I had the shop so I should have known better! I also had to put together a spraying booth. I turned to my trusty 5mm foam core board and this is what I came up with. 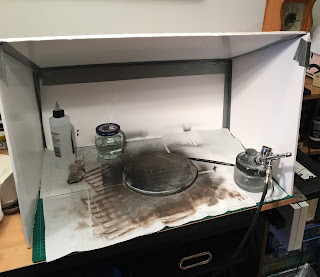 I only use acrylics so there isn't a great demand for extraction of fumes. I have a nice lamp that stands next to the working bench so the light is great. The turntable makes spraying things very simple and the collection bottle gives a good holder. I still have the really great Iwata HP-CH which I bought soon after shutting the shop and the Iwata PowerJet Pro compressor is still going great guns.

My first step is to get the track prepared so that there is somewhere to put the lok and tender as they get built. A coat of Vallejo Mecha black primer all over is a good base. I then sprayed the edges with Vallejo Gloss varnish. 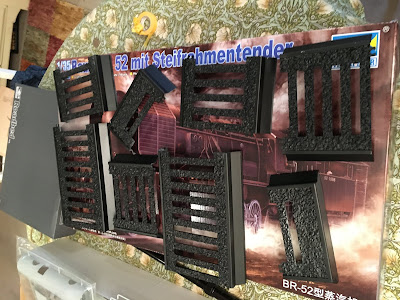 Then the sleepers got a coat of dark brown (Lifecolor) and the rails some Mig Ammo Metal Steel. 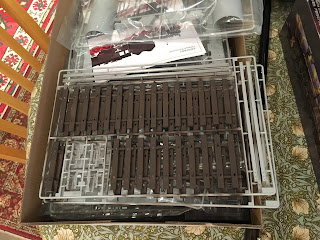 It is all on hold now while the paint dries overnight. The next step is to mask off the gloss sides and then paint the ballast a few shades of grey. That's the next instalment.

Here is the base completed. Now I can get on with the lok itself.

Posted by Long Haired David at 7:46 AM No comments: