I have my new flash gun so maybe I can get some better shots now.

I am going through the process of 'tpuching-up' the Gannet. I am going over the areas requiring work with either black primer (over the dark sea grey) or white primer (over the Sky). I will then hand brush the final coats on. I have removed the upper etched aerials on the wings and the body and sanded off the excess glue, which was annoying me. I think I will use Gator's Grip when I put them back in. 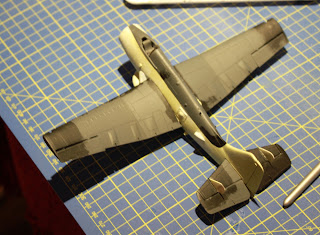 You can clearly see where the black primer is. I will probably put another post up tonight when I have retouched the correct colours
Posted by Long Haired David at 2:13 PM No comments:

I knew I should have hand painted the Grey!

So I spent all evening masking up the Gannet. I then gave it a few coats of Extra Dark Sea Grey and what happened? - loads of seepage etc. I never seem to be able to get masking to work properly.

Now I have to go around touching up all of the dodgy bits when I could have painted the thing by hand in half the time - and with a couple of hand coats of Model Air plus a few coats of Klear, no one would have known the difference.

Here is where I am at the moment. 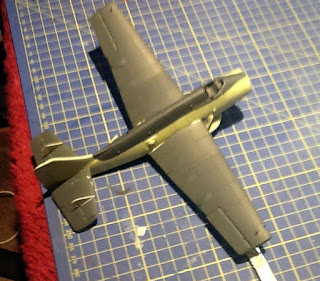 Excuse the dodgy photo. I am still using my iPad as my flash gun still doesn't work - getting close is difficult on the iPad as you don't get any real feedback regarding focus. Apart from that the photos have been good.  As you can see, there is a lack of accuracy around the wing roots and I seem to have scratched the tail planes when removing the masking.

Here, if you look carefully, you can see the bleeding that happened under the masking on the under wing grey stripes.
Posted by Long Haired David at 1:39 AM No comments:

Gannet all masked up

Well that was an evening's fun! It took me two hours to mask up the AEW3. In the middle of which I had to remove the etched aerial on the top as I kept bending it!

I am sure that there will be lots of touching up but this will get the process going. Onwards to the Extra Dark Sea Grey. 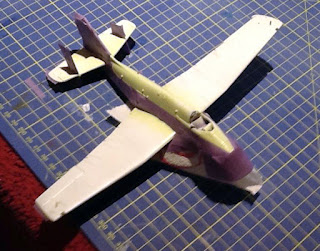 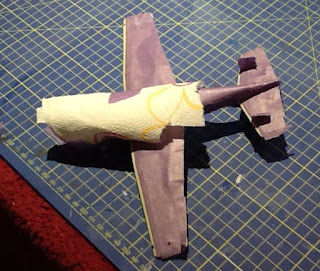 Posted by Long Haired David at 2:33 PM No comments:

The first real coat of paint goes on the Gannet

Here is the AEW3 with its first coat of Duck Egg Green - Sky. I did notice that I hadn't fitted any of the etched brass aerials and the rudder (gulp) so, having found out in time, I was able to add all of them. You should be able to see these from the photos.

Next step is a coat of Klear and then I will mask it up for the upper paint - Extra Dark Sea Grey. Note that I am putting a coat of Klear on before masking. Maybe I won't drag off any of the Sky when I remove the tape! 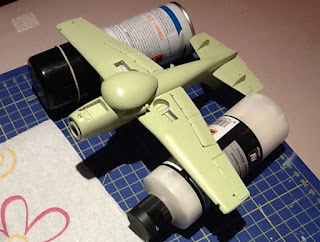 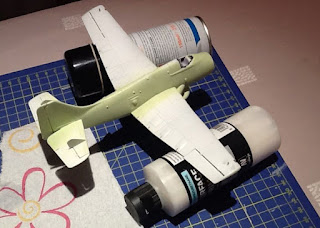 Don't forget to double click on the pictures.
Posted by Long Haired David at 12:05 PM No comments:

Results of the voting

Get on with the AlleyCat Gannet.

This is where I have got to. Apart from the fact that I have missed adding the exhaust outlets either side, which will take a couple of minutes, it is already for its coat of Duck Egg Green on the sides and underneath. 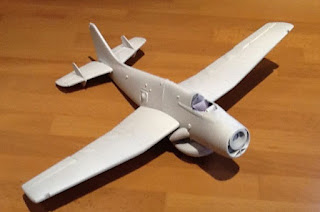 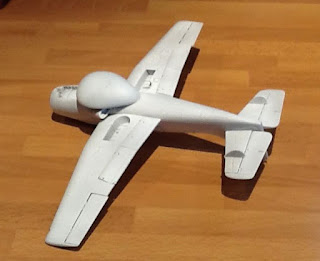 Don't forget - you can double click on these to see bigger images.

As to what else I will do now, I am not sure. I am still very tempted with the new Hobby Boss Demon in 1/48th though where I would put it, I don't know. Valerie keeps telling me to 'do a tank' but, to be honest, there are very little armour topics that temp me. The last ones I did were the Marder but that had some ICM figures in it and the 'Verdammte Jabo' 251 1/72nd set up - both of which I could see in a diorama. I think that armour needs me to see a situation rather than just making a model
Posted by Long Haired David at 8:07 AM No comments:

AlleyCat Gannet moves on - with the usual disasters!

When I was detaching the tailplane fences, I managed to break one of them such that the rear parts broke away! These were cast in very fine thin resin so I should have taken more car, of course.

So, I have had to make a couple of new ones out of plastic card. They are not quite the right shape but as close as I am going to get. 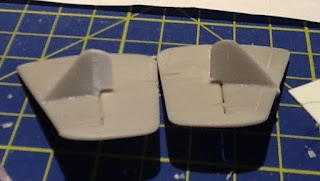 I think that, when they are painted, they won't show as being much different.

Here is an update as to where I am with the kit overall. I have to say that this is a very nice kit - as nice as the CMR kit. (The only problem I have with the CMR is the wing fold, which I should never have attempted!) Still I am finding these resin kits to be a lot of fun. Most little 1/72nd scale kits go together quite quickly and it is all in the finishing and painting. With a resin kit, there is much more 'modelling' and given my background of scratch building US railroad freight cars years ago, I am finding the process very enjoyable.

Here is where I am so far. 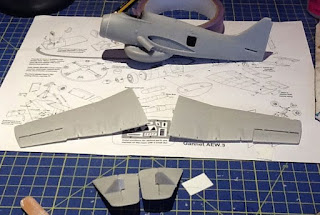 Just out of interest, these photos were taken with my iPad because my Canon 500D has gone back to have its flash connection fixed. Not bad, I say.
Posted by Long Haired David at 8:14 AM No comments:

Getting on with the AlleyCat AEW 3

Well here are the first photos of the AlleyCat Fairey Gannet AEW 3. It's a mixed media kit, in that it has both resin and white metal parts.

Good things about it?
Fits together nicely as you can see.
The cockpits are nicely detailed
The Canopy and all of the other transparencies are cast in clear resin so no vacform stuff here.
It has a very nice template for setting up the propeller blades

Not so good things
Nothing really so far.

This is the fuselage. It comes in two halves - fore and aft. The two cockpits slide into the interiors very snugly. You have to fit the front bang seat and control panel after inserting the cockpit as they wouldn't fit through the fuselage. 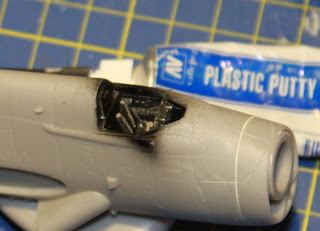 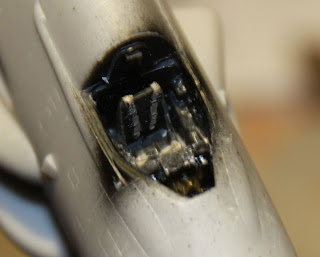 Double click on either image and you should see a larger version. 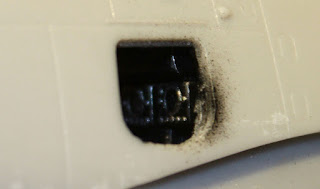 This is the only view you are ever going to get of the rear cockpit. A door fits on here, either side, with a clear round porthole in it. Strikes me that the rear cockpit is rather unnecessary as you will never see into this area.
Posted by Long Haired David at 12:05 PM No comments:

So what do I do next? You Choose!

Since deciding on my Fleet Air Arm binge, I have become a little unsure of the project. As most of you know, I am not minded to be stuck in one area of modelling for too long. I would remind you that in the year 2010, I entered a model in every single one of the different categories at the local club - except Junior of course - grin.

What I am finding with the FAA task is that there are three problems hitting me:
1. There are a lot of topics which don't really interest me
2. A lot of the available aircraft are short run and I am getting a bit fed up with making good on poorly moulded kits
3. Constantly doing 1/72nd aircraft is a bit on the tedious side for me.

I realise that I have only actually completed one single model - the mid-50's Avenger. I enjoyed this kit because it was a mainstream Academy kit with a few detail changes. Since then I have a Seafire with a missing canopy and an Attacker with missing decals. I also have a resin COD Gannet half finished which is unlikely to move forward any time now because of the wing-fold issue.

So what do I do?
So now it is time for you to help me. I have created a small, single question survey with the above items as the choices. Do me a great favour and take 10 seconds to pick a selection.
Click here to take survey - There is no advertising in the survey so please give it a go.

Posted by Long Haired David at 3:12 AM No comments: