I bought this after seeing some good reviews. I also know how good the latest Airfix kits are so I had high hopes. I took the box down to the club and showed them how a 1:72nd scale model could have 106 instruction steps! It all seemed a bit daunting so it stayed on the shelf for some time.

Looking at my "huge" stash of 4 unstated kits and the BR-52 in progress, I didn't have too much choice for my next model. In fact, it was a good model to make. I made some stupid errors, as usual, but all in all it worked out OK.

Most of the complication comes from the complete interior. 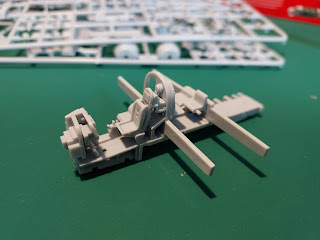 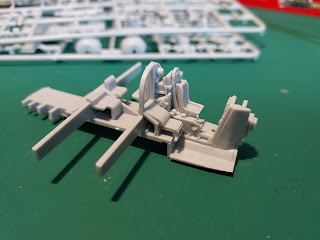 As you can see from the picture below, most of it can't be seen once the fuselage is glued together 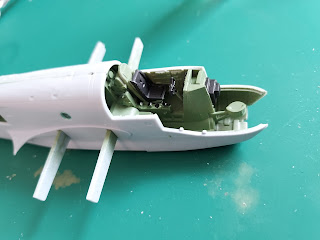 Thos struts coming from the fuselage are very good when it comes to fitting the wings. Just for once, there was no filler required along the wing roots. 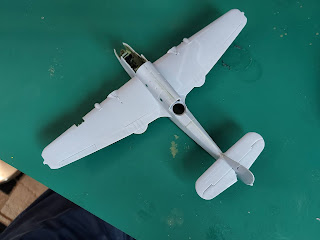 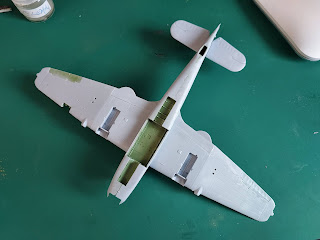 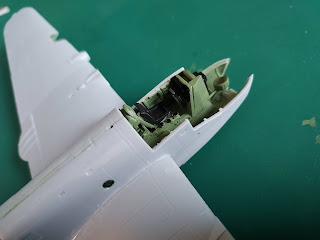 Normally, when doing British WWII camo, I spray the background colour and then hand paint the seconds once but this time I decided to spray both colours so a complex bit of masking took place. This is a combination of normal 10mm Tamkita Kabuki tape and 5mm Tamiya flexible. Just force this work OK and everything looked good afterwards. 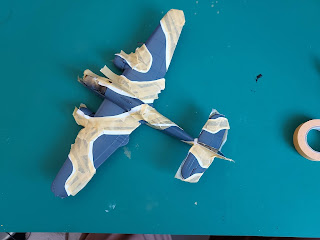 Once it was painted, it was time to fit the undercarriage. I always leave this and the aerials off until last as I have a habit of breaking them whilst painting. The undercarriage was quite complex but every part had a notch to go in, all except the curved bit on the front which was a case of stick it where it stays! 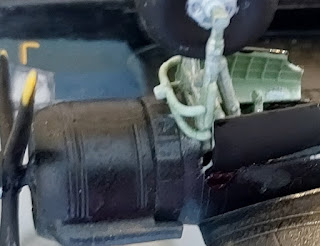 Here is the finished plane on the workbench. I will note the issues at the end of the blog. 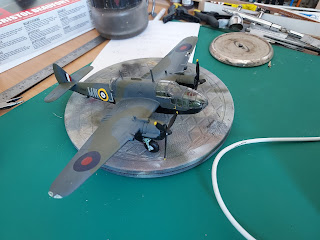 Here is the finished plane in its full glory. 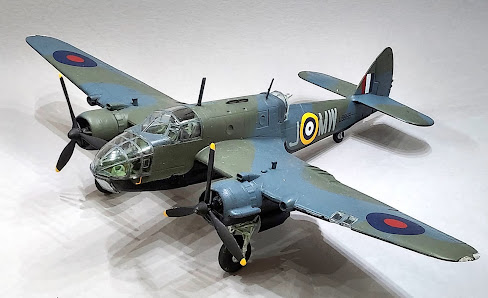 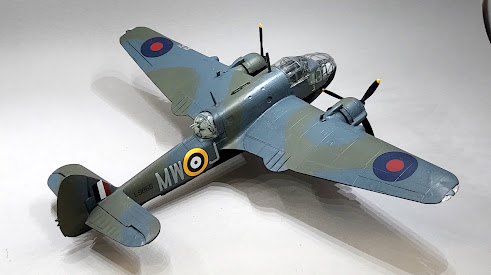 Well, there were no real problems except for the difficulty I had putting together the turret and its gun. I just didn't seem to be able to get the guenon the ring and then get the two turret transparencies to go on using my normal Titebond yellow PVA. Then I made the real mistake of changing back to my standard MEK. This was going OK until I got some on my finger and than got some on the glass and so it went downhill. As a result, the turret glass is no longer transparent!

Secondly, I left the chin gun and aerial off until last. I stuck the chin gun on and the realised that I had put it over the hole for the aerial so I removed it, simultaneously putting the aerial down. Guess what? They both disappeared and are no longer to be found. I have searched the desk and the floor but they are gone! So, the model is complete (?) without them. As I never pick a model up once it is finished and in the cabinet, I won't ever see the issue but, actually, do I care? Not much as it was a fun build and looks good on the table. At least I got some nice comments at the club, which is unusual.

Well, that's it and on to the next one. The stash is getting a little sparse and may only real options are the Airfix 1:48th Sabre, the Tamiya 1:48 P-38 Lightning or back to the BR 52, Wait and see.

Posted by Long Haired David at 7:03 AM No comments: