I have been watching some programs about the construction of a two seat Hurricane. This inspired me to make a Mk. 1, which I had not done since I was a kid. I have made a 1/48th scale Sea Hurricane but I broke all the landing gear so it is a bit of a failure.

Anyway, I placed an order with our friends in the North (or Lowestoft at least) and got on with it. 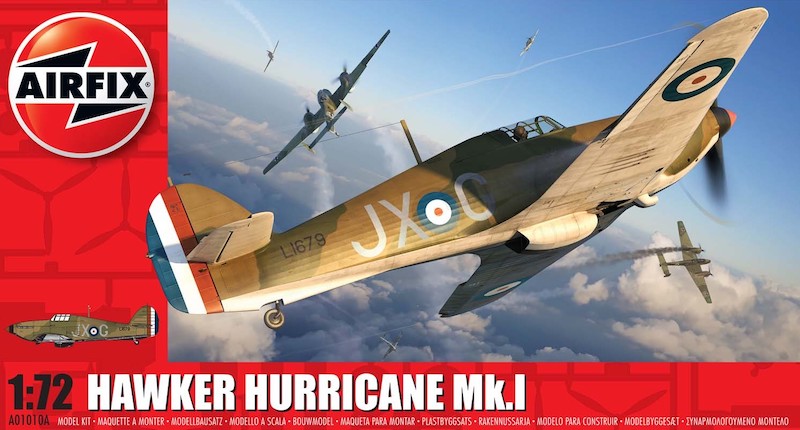 The aircraft on the decals  was a 1939 Mk. 1 that was based in France during the "Phoney War". It had that strange black and white undersurface pattern. Colin Ovens describes the early war options in his book - "A (very) Rough Guide to UK Fighter & Bomber Colours September 1939 to the 1990s" which is available from the IPMS Clacton web site.

Dark Earth/Dark Green disruptive camouflage was on the upper surfaces. Undersides were originally port-side Black and starboard-side White, divided along the centre-line of the fuselage - but on June 6, 1940 all fighter undersides were ordered to be painted in Sky. Little of this paint was immediately available to front-line squadrons, and thus aircraft undersurfaces appeared in a variety of locally mixed colours ranging from Eau-de-nil to Duck Egg Blue, but from early/mid-August 1940, the supply of Sky had much improved; by the end of September most fighters had Sky undersides. Squadron code letters were Medium Sea Grey; spinners were painted Black.

OK, so I had the details and proceeded with the kit. This is a very simple kit with not much of a cockpit (not that you could see in there anyway). I, fairly quickly, got the cockpit done, the fuselage made and the wings on. Nowadays, I leave the tailplanes off if I have to mask up a different colour on the underside from the upper surfaces. This makes the masking easier as you don't have to fiddle around them with the masking tape. 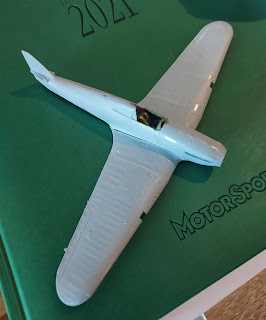 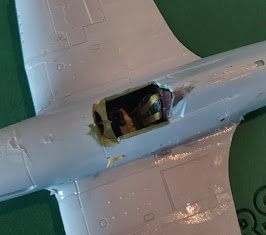 I had to use a good bit of filler on the wing roots as I could't get them to close up properly.
Once this was sorted, it was out with the trusty £15.99 Amazon airbrush and on with the paint. The black, white and brown went on fine. I tried masking up the green. I even scanned in the box and tried to size up the image so that I could cut out a mask. In spite of have a desk top publishing company some years ago, I failed miserably. Here is the scan. 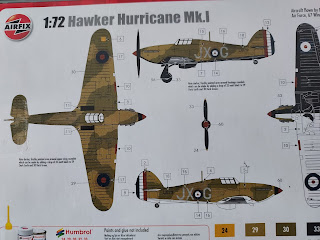 After the first coat of green there was a need for a second coat. Now there are two different Tamiya codes for the RAF green and I have both bottles. I also have a Vallejo version. I forgot what I used on the first coat so had great fun sorting out the final colours!
Having finished the painting, I attached the undercarriage and doors. I found that I had lost the original tailwheel and aerial so I had to use the other ones on the sprue - presumably for another version of the plane but, hey ho, what do I know - grin. Lastly, I fitted some of the old Aeroclub stretchy thread, that I have had for years, as the aerial wire and all was done.
I knew that this was an easy little kit but I didn't find it much fun. Frankly, it was a bit of a fiddle.  Now I expect this on short run kits (see my next project) but I had hoped for better from a recent Airfix kit. Anyway. This is what it finally looked like. 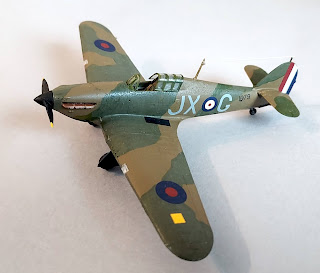 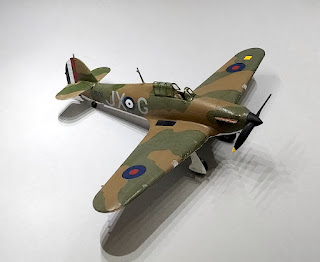 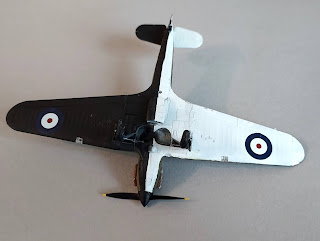 Next up is a 1/72nd scale injection moulded replacement for the CzechMaster Resin Fairey Gannet AEW3 that I build some 10 years ago.  Unfortunately, I don't have the decals for my friends plane on HMS Eagle. This is a Sword kit and it is going together nicely - fingers crossed.

Posted by Long Haired David at 1:51 PM No comments: