Has it been that long?

I have just realised that it has been nearly 8 months since I last posted to this blog. During a lot of that time I was taking medication which left me in a state that wasn't conducive to slow, careful work. I spent a lot of time sitting down reading and napping. That's all in the past now and I am getting back into the swing of things.

I have spent a good bit of time recently on starting up an HO scale (3.5mm to the foot) American style model railroad - see my railroad blog at Gentle Model Railways. However, I was determined to get back to modelling so that I could take something new to the Clacton club in January.

One of the other reasons that I stopped modelling for a while was that I couldn't get my airbrush to behave. I messed up a nice NATO F-16 which got thrown away in the end. I also spent some time on 1/144th scale aircraft but the RAF Tornado that I built wasn't very well moulded so I lost interest there. I have now got a full cleaning kit for my airbrush so, once I have finished the current project, I will clean it up and get on with an aircraft again.

The current project is a Young Miniatures bust. I really like these and have had some good results in the past; not up to Geoff Woods standards but good enough for me. The one I am working on is a 92nd Gordon Highlander from the Battle of Waterloo, 1815. With decoration as fiddly as this, I spend my time touching up the red and then finding that I need to touch up the white. Once I have done the white, I have to touch up the red again, and so on! It isn't finished yet and these things always look worse when blown up but this is where I have got to. 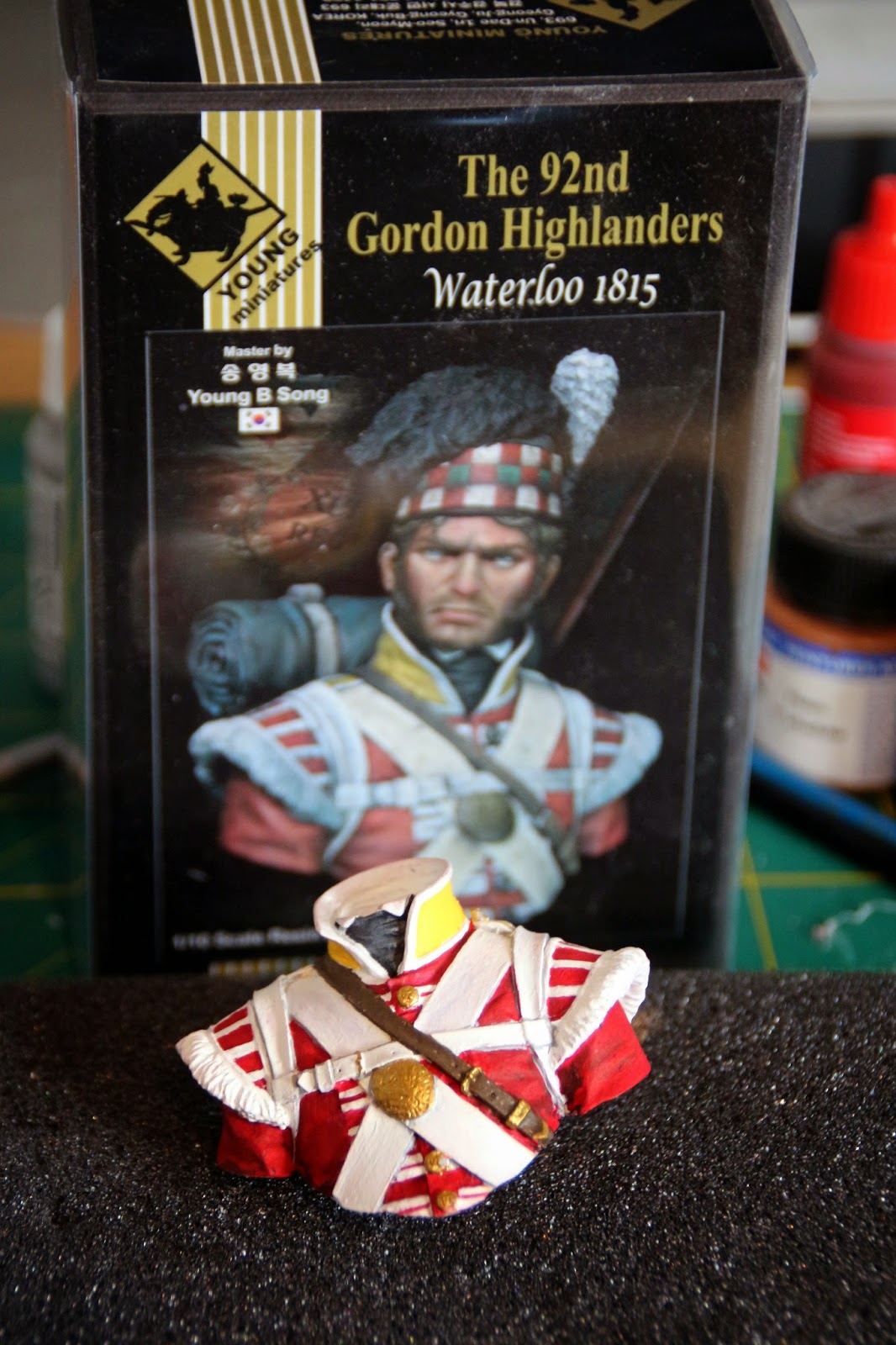 My next task, and the one I always dread, is to paint his face. Then I have to do the tartan but I did that once before with my Crimean 71st Highlanders Officer so I should be alright with that.

More to come!
Posted by Long Haired David at 5:40 AM No comments: