At last I am getting back into the swing of things

The Airfix Dauntless is moving such that it is nearly finished.

What is left to do?

Well I broke the landing hook so I have to make another one from brass wire.
I have to fit the canopies
There has to be an aerial wire from the large aerial post on the front back to the tip of the tailplane.

Then it is all about a bit of varnish and finishing up.

One bad thing. there is a very poor join between the starboard wing and the fuselage and my attempts to smooth it out haven't worked. Hence I have left it but I am not happy - however it is a c**p kit - all poorly moulded bits, lots of flash and rivets that you can cut your finger on.

The whole point was to get back into modelling in the new place with as little effort as possible and this has achieved that.

Next step is to get back to the kits I haven't finished. This means the 1/12th Mustang and the two resin Gannets - gulp!

Here are some pictures of the Dauntless as it stands at the moment. 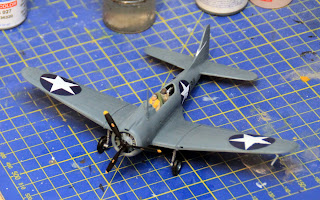 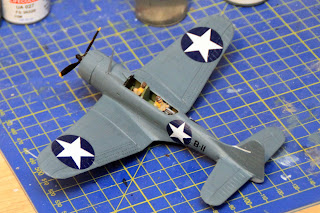 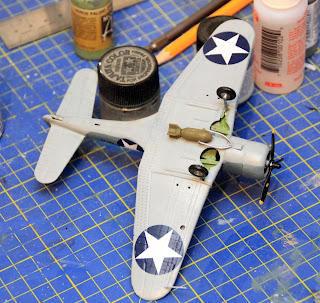 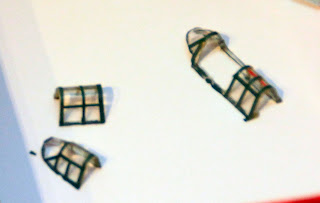