One success and some progress 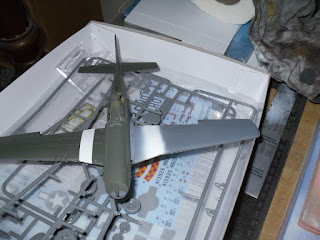 I tried again to tidy up the white stripe on the P-51D wing but I only made it worse. Finally, I decided to strip the wing back to bare plastic and start again.

Here is the current state of things - I have primed the wing, sprayed the white, masked it out and given it a coat of RAF dark green so hopefully I am back where I was.


Little Wing Jicarilla Apache 1850 - Pili Pili 120mm figure.
Maybe I should stick to figures? This one has been on the go for about 9 months or so. I had some great difficulty with the beadwork. Finally, i took it to the club last month and asked for suggestions. The best one came from Brian Wakeman (of SAM magazine fame!) who suggested that, instead of trying to do p[arallel lines, I try a simpler pattern.

My wife, who wants this on her dressing table with all the other Native Americans I have done, told me to get it finished as she was happy with it. I spent last evening tidying up the beadwork as best I could and the put the figure together.

Here is the result. 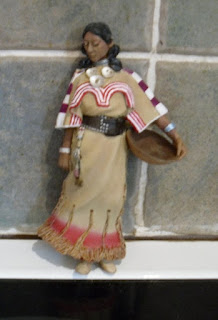 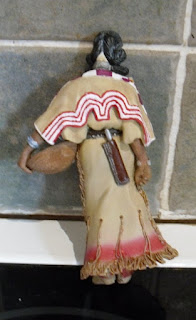 Posted by Long Haired David at 2:18 AM