The following is the Academy Avenger, with small modifications to the body - namely replacing the bulged windows with flat ones and the removal of another small window on either side, which can be made to look like a 1950's RN Avenger. The big addition, however, is the ASH radar under the starboard wing.

I picked up the Quickboost ASH radar resin part but this does not come with any mounting point. This is because this item was fitted to a range of aircraft in differing positions so a single mount would not be appropriate. Using a photo I had to hand of an AS-4 at the time of Suez, I was able to calculate the size and cut out a plastic card version of the mount.

All that is left to do is to give the model as it exists a coat of satin varnish, paint the framing on the canopy and put it all together.  A couple of comments here - 1. I am using satin varnish as the consensus seems to be that gloss is too bright for 1/72. I will make my mind up when I see the final version - and 2. I am using a new technique to frame the canopy which I will describe in theory in the next Blog entry and then report on the practice later. 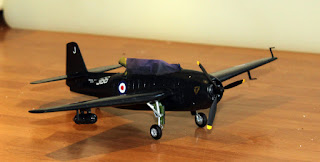 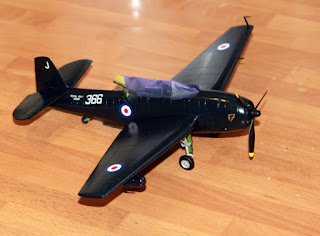 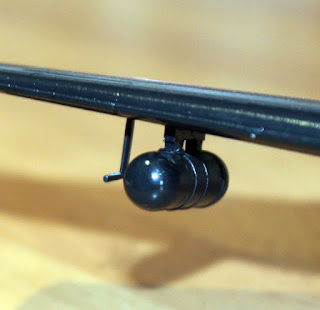 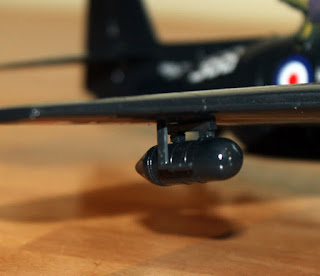 Posted by Long Haired David at 4:04 AM