This Seafire is fun

Having had such heart aches and trials over the Eduard Tempest, I sort of assumed that the Admiral Seafire 46 was going to be much the same. However, I am finding it great fun. Why is that?

Firstly, it doesn't rely on lots of etched and resin for its details - what detail it has is all plastic - except for the seat belts. Secondly, the plastic is quite soft so sanding everything to fit isn't too big a chore. So, I have found myself spending hours putting together one of the smallest aircraft I have built since I did the two Salamanders.

The plastic all needs a bit of clean up and fettling to fit but generally, as you can see, it makes it without filler - except for one wing join. The cockpit has come out quite well. However, the headrest didn't appear to be there in spite of being in the drawing, so I had to make one.

For some time I thought I had lost the decals and was contemplating a Model Alliance set - almost the price of the kit, but I finally found them - in my tool box!

Here is where we are to date. 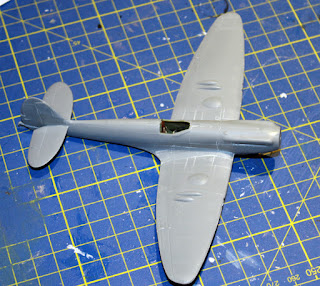 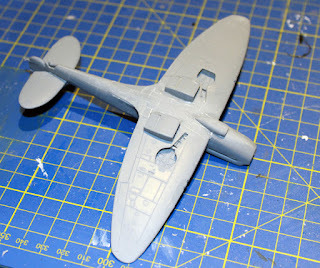 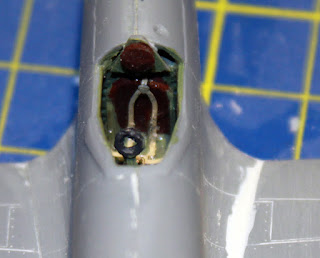