Well here we are - I thought I would never do it but it is finally finished. I have gone for pristine rather than weathered on the basis that it is fine like this and the potential for screwing up is great so I left it!

Comments? Well, I didn't use much of the etched brass - the seat belts and the UC doors mainly. The resin cockpit was a complete waste of time. I didn't realise that there was a plastic one in the box or I would have used that - not that you can see anything of the cockpit, as my shot of the seat shows. I lost the tail wheel so I had to make one up. It came from the back end of the propeller shaft plus an unused piece of etched from the kit. It's a bit low but it is there so not to worry.

The basis of the decoration is Pierre Clostermann, No. 3 Squadron, RAF Fassberg Germany July-August 1945. I really wanted to do Roland Beaumont but was scared off by the D-Day stripes. Now I know that I can do this without etched and resin, I will maybe have another go some time. 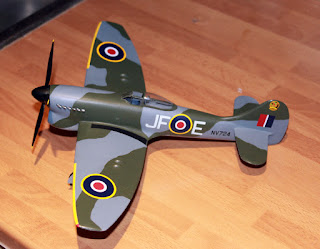 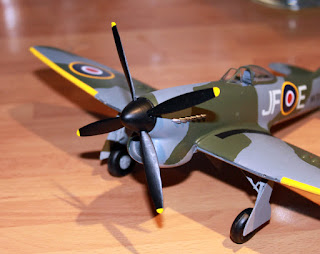 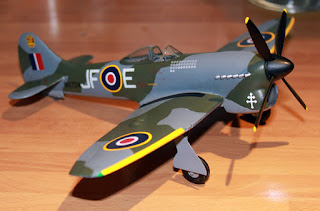 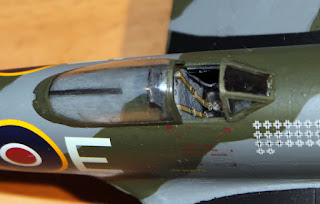 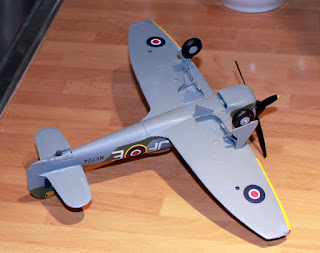