I love these GT40s and now have the third 1966 car - Denny Hulme and Ken Miles - on order and expected next week.

Dab Gurney's car was painted red and, after a few problems came third but a few laps down. The three of them went over the line almost together, which was great advertising.

I am in the process of finishing off the chassis but have caused myself a few problems. I broke the fitting on the end of both springs for the front suspension and I cut the pins off the one front brake discs so that there is no way to fit it into the wishbones. This means that I have to do some very exact drilling to fit some wire pins into the components. The seat belts went on very nicely and I appreciated getting the fabric effect belts (that needed cutting out but that was easy) 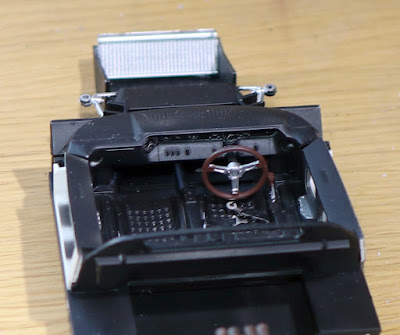 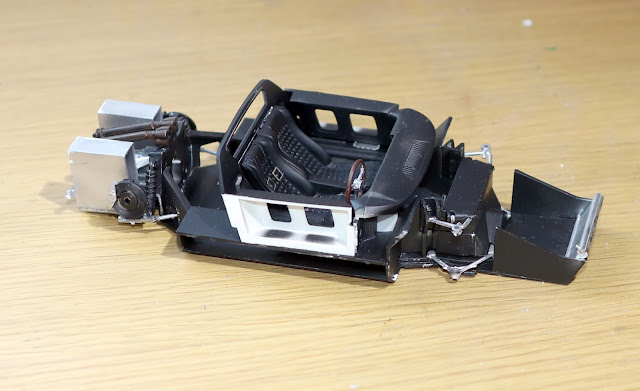 The body was another question altogether. Dan Gurney was racing for Alan Mann and I have a bottle of Zero Paints Alan Mann red so this should have been easy. I forgot that Zero paints are airbrush ready and thinned the first shot. This resulted in a terrible finish so I wiped it off, gave the body a bit of a clean up and re-primed it. As I hadn't realised what I had done with the paint, I shot a coat of Vallejo Model Air Italian Red, which went on very well. I then realised what I had done with the Zero paint so I shot another coat of the Alan Mann red and everything ended up OK. I just have to touch up the bottom of the sills and the body will be ready for decalling.

Posted by Long Haired David at 7:06 AM