We now have decals!

Having seen the state of the decals that came with the 250LM kit, you will understand why I was concerned as to whether I could get this car finished the way I wanted. The kit came with three paint options described as follows:


Now, I don't know about you but to me Ferraris are always in red! Then again, I didn't think that I could match the blue. As the decal sheet was shot anyway, I decided to try and find a better car. Well,that year, the Le Mans 24hours was won by Masten Gregory and Jochen Rindt in - wait for it - a plain red Ferrari 250LM!

Now, all that I had to do was create a set of decals to match this photo. Firstly, I was worried about the white circles. I knew that I could print up some black circles on white decal paper but then I would have to cut them out. I couldn't do them by hand so I tried using a circle template. I bought a Linex template from EBay which has circles of all different diameters on it. I tried a few times to cut out a perfect circle but every time I managed to just nick into the circle and ruin it.

Next step was to see if I could get some white circles ready cut. I found a seller of 20mm white glossy vinyl circles - again in EBay - but couldn't find any 25mm. The 20mm are fine for the bonnet and the boot (hood and trunk) but those on the doors were 25mm. I found some paper ones and ordered them. When the white vinyl ones came, there was a note inside suggesting that they could do lots of different items if you asked. I asked and got told that they could do a sheet of 25mm. Job nearly done.

This is the clever bit (showing off). I took the image of car 21 and imported it into Photoshop. A little bit of manipulation had the perspective taken off and a straight ahead image. I took this into Adobe Illustrator and drew around the numbers to produce a scaleable copy. Along with this, I imported an image of the Ferrari badge and scaled that for the bonnet logo and the one on the body ahead of the doors. I was left with the orange circle.

I knew that I couldn't cut out the circle so I went looking for a punch. I didn't trust the usual leather punch with lots of different sizes on a ring. That looked too coarse for my use. I looked at the precision punches on the model shop web sites but they were hideously expensive and didn't go up to 5mm anyway. A scan of Amazon found a set of individual punches from 2mm up to 10mm. These were the kind where you get a hammer and belt them hard. 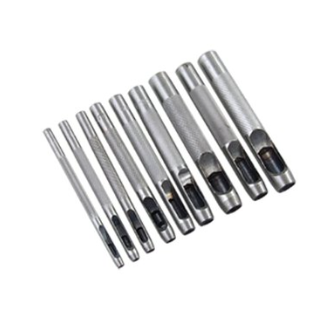 These arrived and worked perfectly so could now make 5mm orange circles. The final task was to put together a set of all the decals and print them out. My daughter owns a very nice little Montessori School in Ipswich and has a large Konica colour laser copier. I put an Adobe Illustrator page together and exported it to a pdf. I ran that through the copier using some white and clear decal paper. Here is the result. 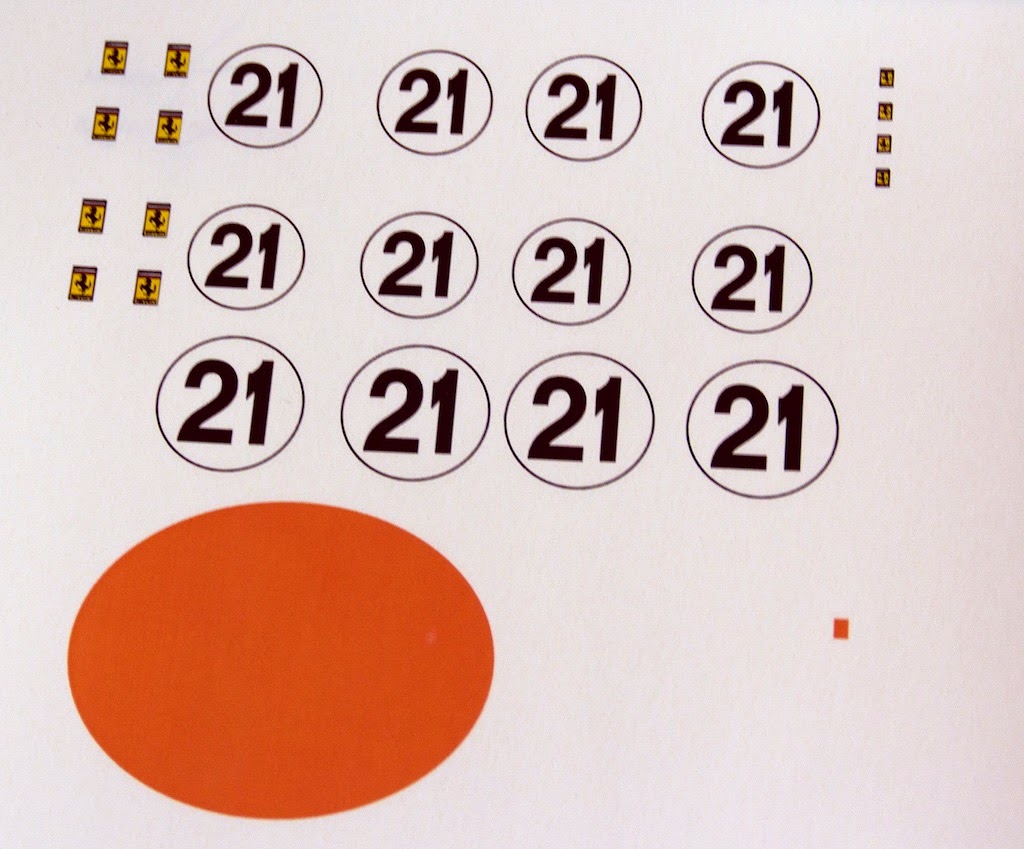 The large orange ellipse gives me some room to punch out a few orange circles. I am just about to start putting decals on so here is a shot of the car before that step. 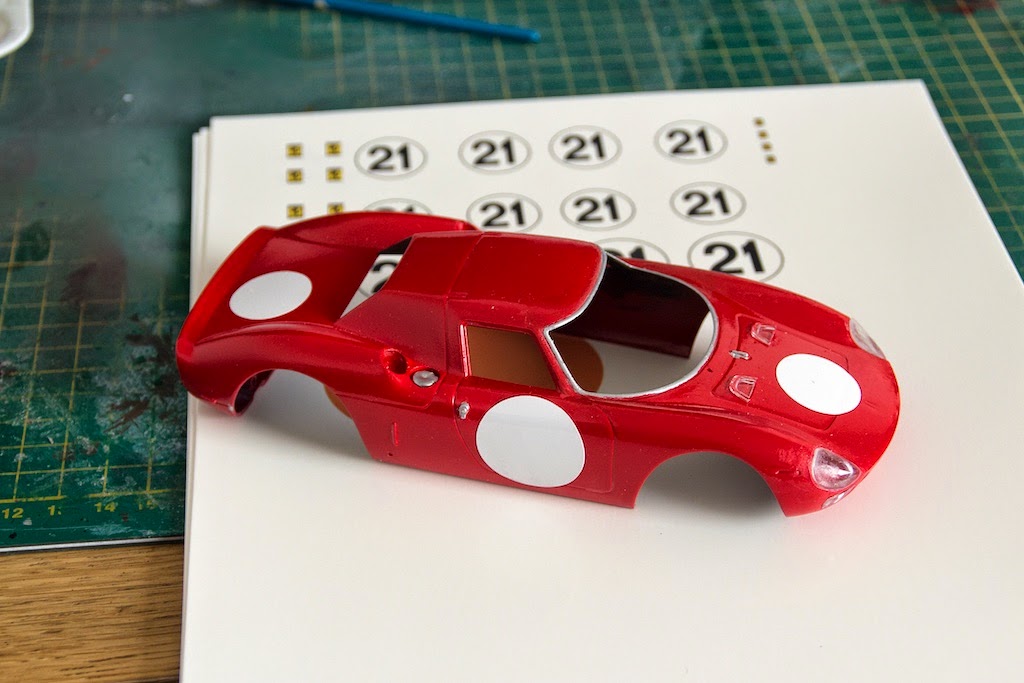 I had some fun painting thee silver windscreen surround but I will talk about that in the next entry.

Posted by Long Haired David at 9:10 AM