New Project - yet another Ferrari - but this one might be tricky!

When I was a young lad, I was mightily into motor racing and slot car racing. My best friend, Roger, and I used to go up to Crystal Palace whenever it had an event. Crystal Palace was only a short jaunt on a 49 bus from Streatham Common. Here is a Youtube video of saloon car racing at the Palace. I remember watching Jim Clark - along with Graham Hill - so this video brings back many memories. Check out that  7 litre Galaxie (427" for those on the other side of the pond!) - probably driven by Jack Sears.


Anyway, we got heavily involved in slot car racing and even persuaded our Air Scout Troop (31st Streatham) to let us buy a load of 2nd hand Scalextric track so that we could run a club every Thursday evening.

I am getting to the point! As Roger and I were both modellers, we built our own cars. I have to admit that I used a Revell AC Cobra body for mine but I built the chassis with a can motor. Roger went one better and hand carved a Ferrari 250LM out of balsa wood for his car! Ever since then, I have had a liking for both the Shelby Cobra and the 250LM. As you will know, I recently built the Cobra so now it was the 250LM's turn. Not so easy:-) It seems that there has only been one kit of this car and that had been out of production for some years. I managed to track one down on EBay that was listed as a Minicraft boxing. At only £31 it was a bargain.  I knew that it was an old kit but...

When it arrived, I saw that the box was quite stained and opened it with some trepidation. The kit itself was in top condition but the decals would not last seconds in the water judging by the state of them. Also, the box was labelled for a company called Sunny Tri-S with no mention of Minicraft. Still, never mind, the decals could be reprinted on my printer - at least I had the originals to scan - and the rest of the kit would work very well. It turned out to be a kerb-side model, which, it appears, means that it doesn't have any real suspension underneath - just rigid axles.  That won't bother me as I find these things a fiddle and quite likely to break. You never see them anyway as you don't park the model upside down! In any case, it is the body shape that I love, not the intricacies of the underneath.

Before I start the kit, I thought that I would appraise you of the box and its contents. There is also an ironical statement in the instructions (more later). First the box. The box front wasn't too bad. 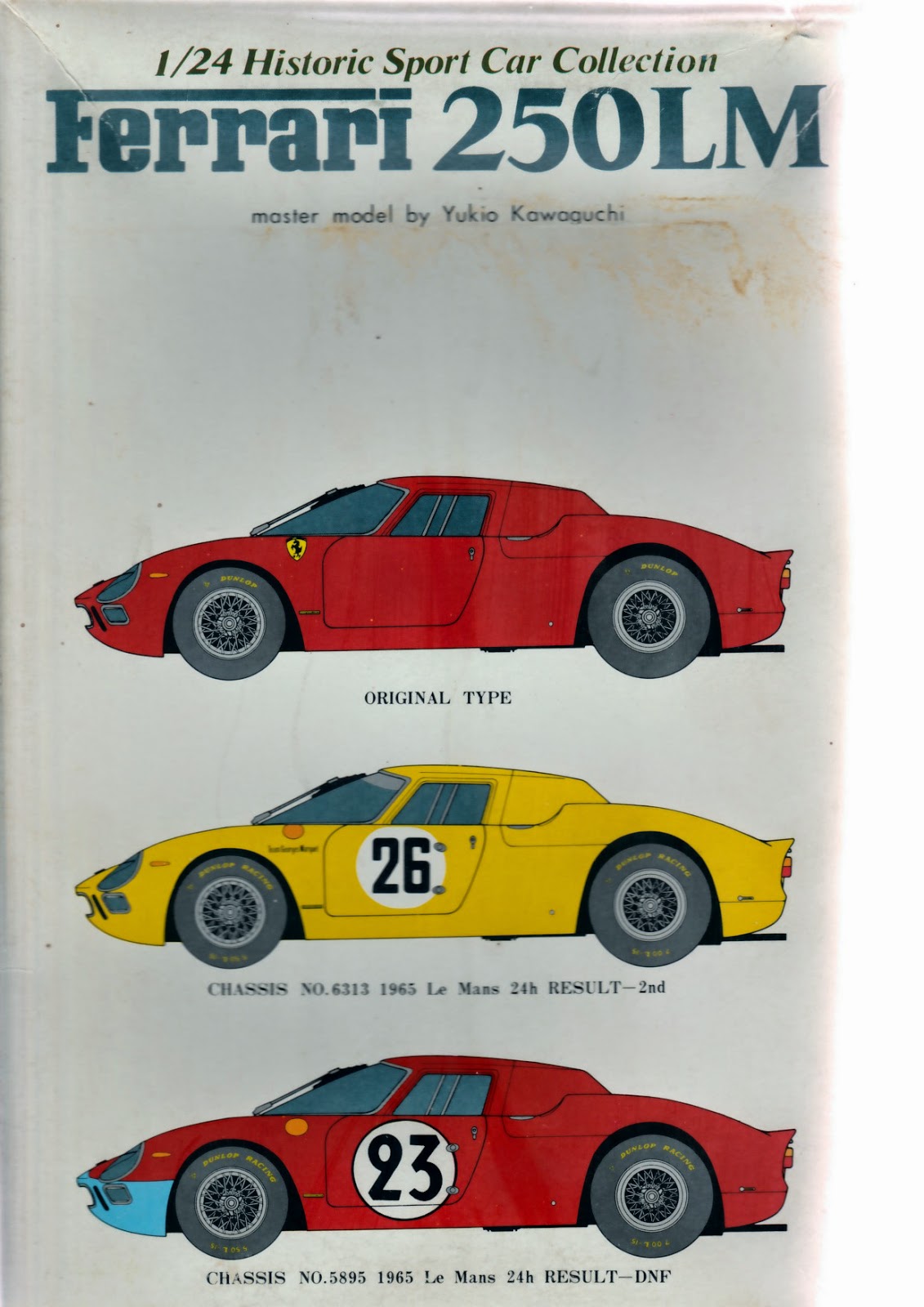 Just look at the box end!

The instructions are all in Japanese. Well not quite all: I like the bit that says "Read all instructions before you begin." From this point on, the only English used is for the the paint colour callouts.  Check out the part about the cockpit! 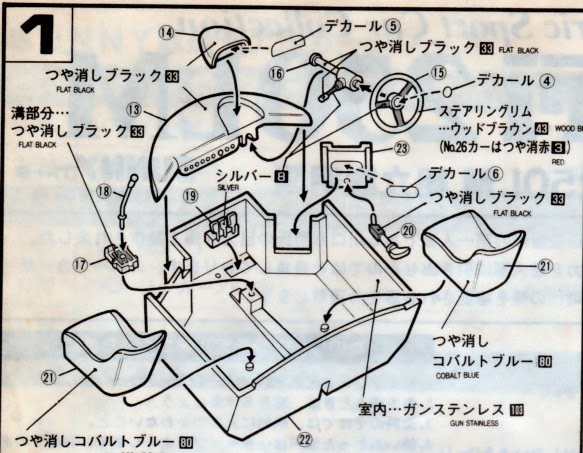 Find the hidden English - grin. I am not sure quite what colour is Gun Stainless, though

Still, we can get by. Lastly, I thought that I would show you the decal sheet. Now you can see why I will have to make my own! I think that this will build up nicely. So watch this space!