One of my life ambitions has just been realised

You must know by now that I have got back into car modelling in a fairly serious way and that I was very excited about getting the Tamiya Lotus 49 recently. Well, this set me on the road that led to the GT40, Shelby Cobra and Ferrari 250GTO. I still have a Ferrari 250LM, a 330P and a Shelby Mustang in the pile. These are all 1/24th and the Lotus is in 1/12th so a much bigger object entirely. However, the Tamiya Lotus set me thinking about my all time favourite kit that I thought was long gone. Way back in 1970/71 I lived in a flat in Norbury, South London with my wife and soon to be born first daughter, Samantha. I was as keen on F1 then as I am now and also as keen a model maker as now. I had a well paid job so could afford the more expensive kits around and one of them from that time  was the Tamiya 1/12th scale Lotus 49B - better known as the Gold Leaf Team Lotus car. I am talking about the car with the rear spoiler added on great long poles. I think that this was the first car to use rear spoilers. Fairly soon Colin Chapman redesigned it so that the spoiler was an integral part of the rear chassis. However, it was always the strange one that I loved. I made this kit sitting at our Habitat sourced pine table and hand painted it - airbrushes were not known to me then.

Recently, I was given a small amount of money as a present and, whilst looking for something to do with it, came across an EBay sale that was perfect. A company in Japan had an original Gold Leaf Lotus in 1/12th scale. It even reckoned that the decals were in good condition. their description was as follows:

After checking with SWMBO, I stumped up the £115 and crossed my fingers. That was on the 7th March. here we are on 13th March and, all the way from Japan, I have it to hand. The kit is in pristine condition and the decals do look usable so no worries there. The instructions are all in Japanese but I have the Lotus 49 kit to work from and I am sure that I have done this enough to be able to cope.

Here are some images. 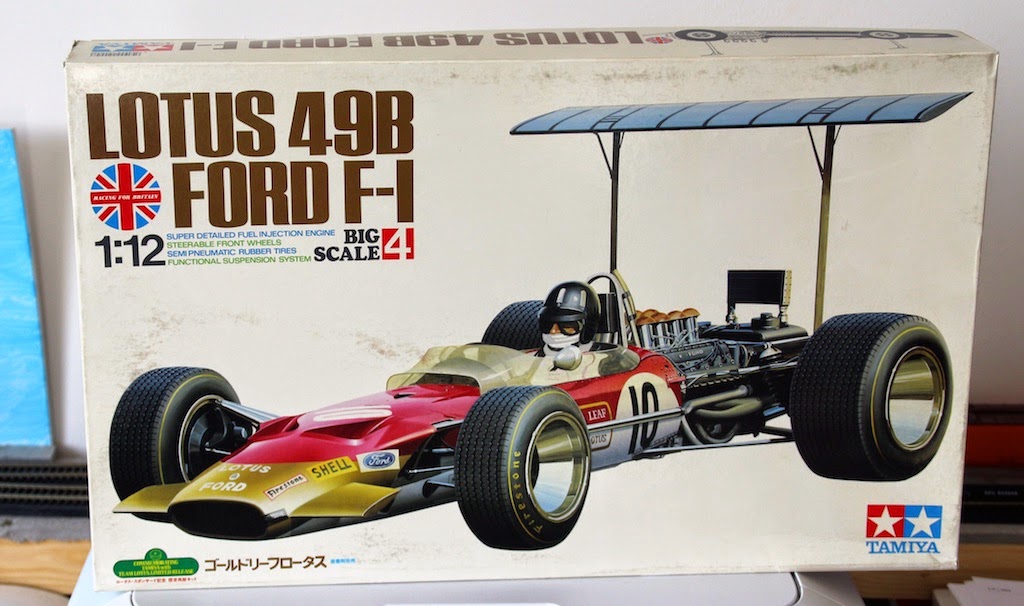 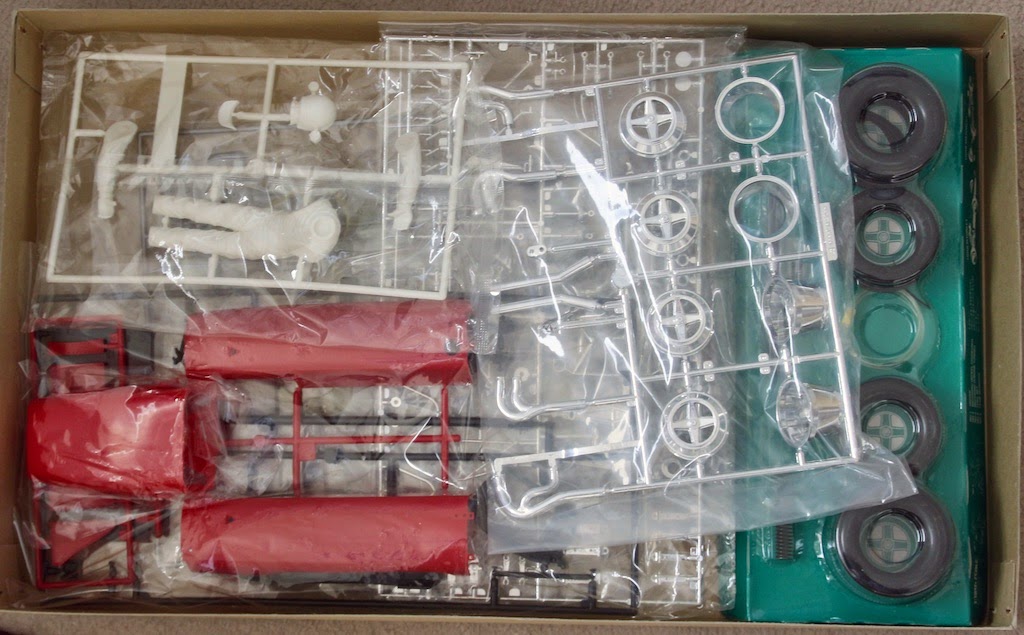 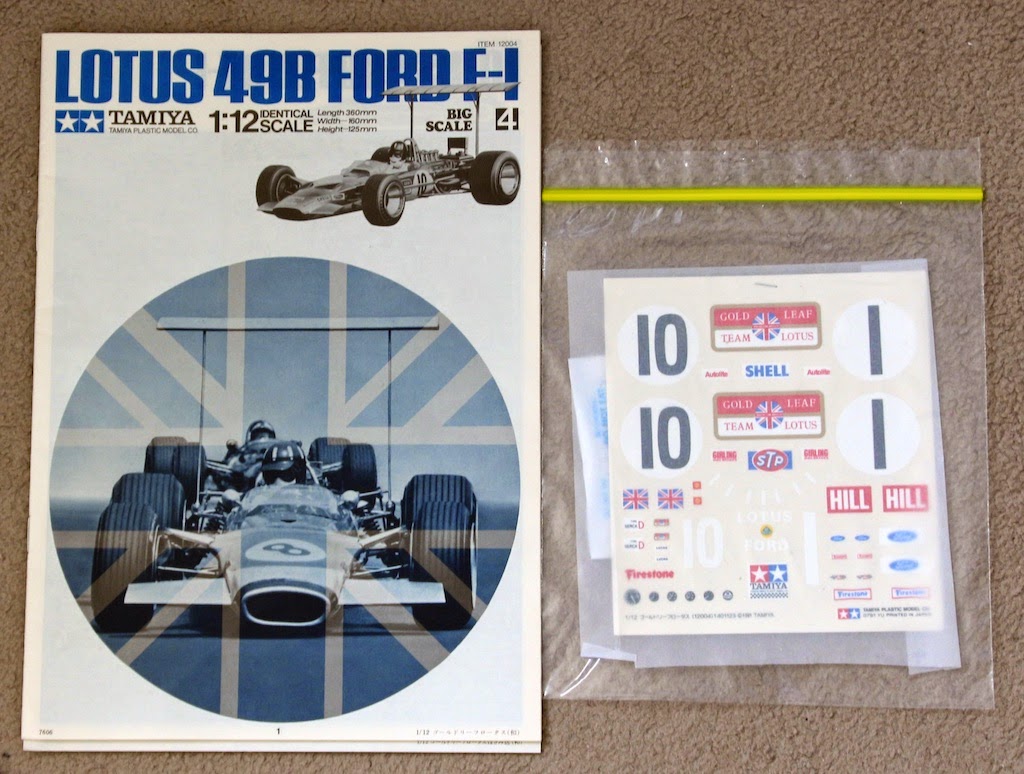 I have now gone onto Hiroboy and purchased a set of Zero One paints for the Gold Leaf version. This kit might just have to jump to the front of the queue!

Posted by Long Haired David at 5:23 AM

I forgot to mention but it even comes with a model driver as well!

Excellent pick up...one of the true classic kits and cars.