This has been a very interesting and fun build. As usual, with Young Miniatures, the kit went together very simply. I had to do a little research to ensure that the rifle was finished correctly. The box art showed that the rifle metal parts as being black, when in fact they were metal.

I had a problem with the ammo belts. They fell apart as I was cleaning them up and removing the moulding blocks. This left me with about 7 bits of the belts. I painted them up and then had to think about how to get them back together again. In the end, I used some double sided tape to get them in the correct setup and used the tape to attach the resulting two belts onto the figure.

Overall, I am very pleased with the result. I am left with one conundrum. The box art shows a shield on each side of the helmet. This has a red background and then a black swastika on a white field. My investigations lead me to believe that, by 1943, the German army had stopped putting such things on helmets as they provided accurate targets for snipers, etc. I am asking Mike Grzebien, from the Ipswich IPMS, for his opinion as he is a bit of an expert on such things.

If I have to do it, I have a sheet of swastikas that I purchased soon after getting the kit as I felt that it might come to this. I will have to make the shield using Adobe Illustrator and make up a decal. Let us wait and see.

A tripod carrier was part of a machine gun platoon. According to Wikipedia, the platoon was made up as follows:

"The optimum operating crew of an MG 42 for sustained fire operation was six men: the gun commander, the No.1 who carried and fired the gun, the No.2 who carried the tripod, and Nos. 3, 4, and 5 who carried ammunition, spare barrels, entrenching tools, and other items. For additional protection the commander, No.1 and No.2 were armed with pistols, while the remaining three carried rifles. This large team was often reduced to just three: the gunner, the loader (also barrel carrier), and the spotter."

Interestingly, it says that the No. 2 or tripod carrier was armed with a pistol but this model has been created with a rifle. My guess is that both happened in reality. Anyway, here are some images. 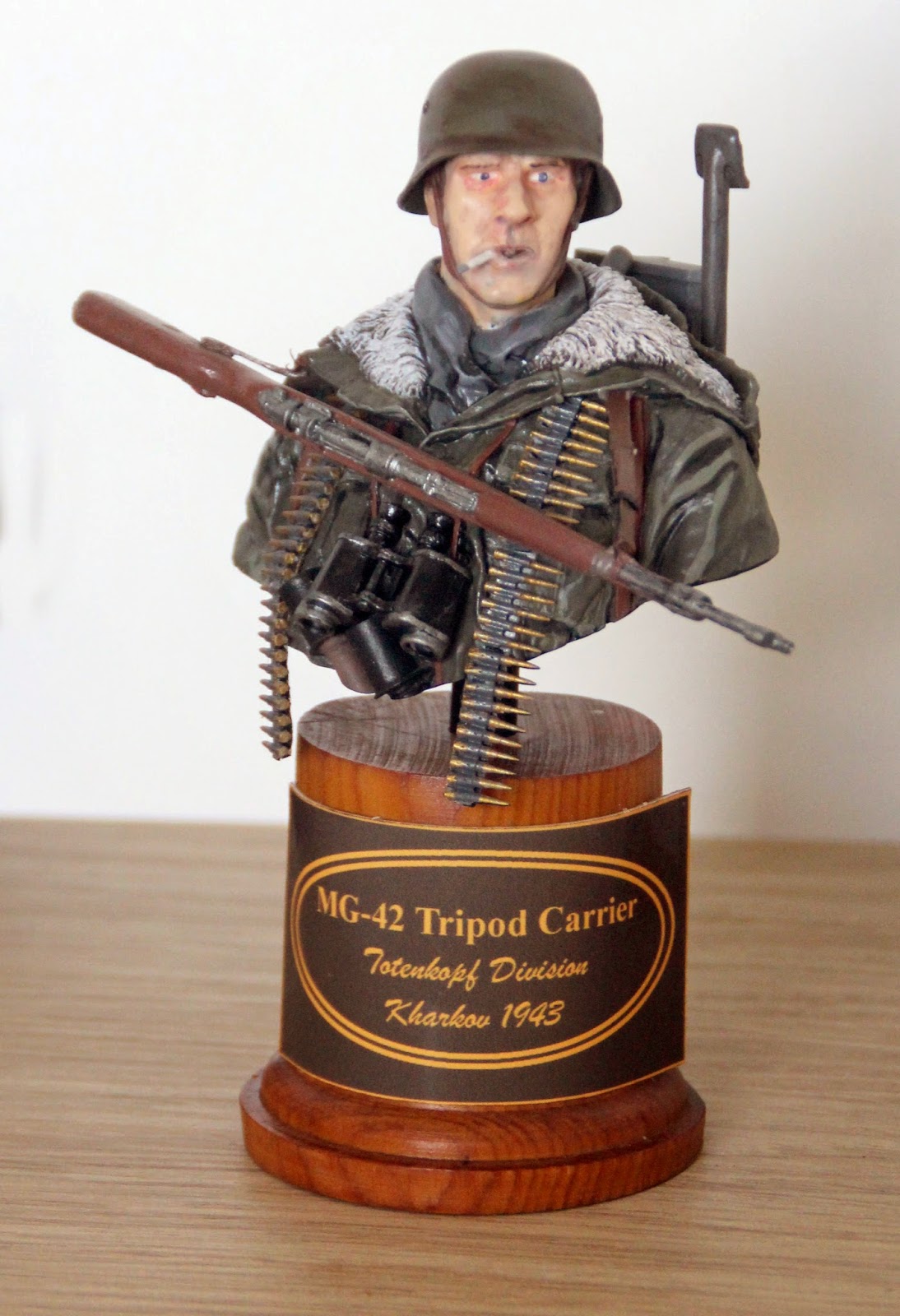 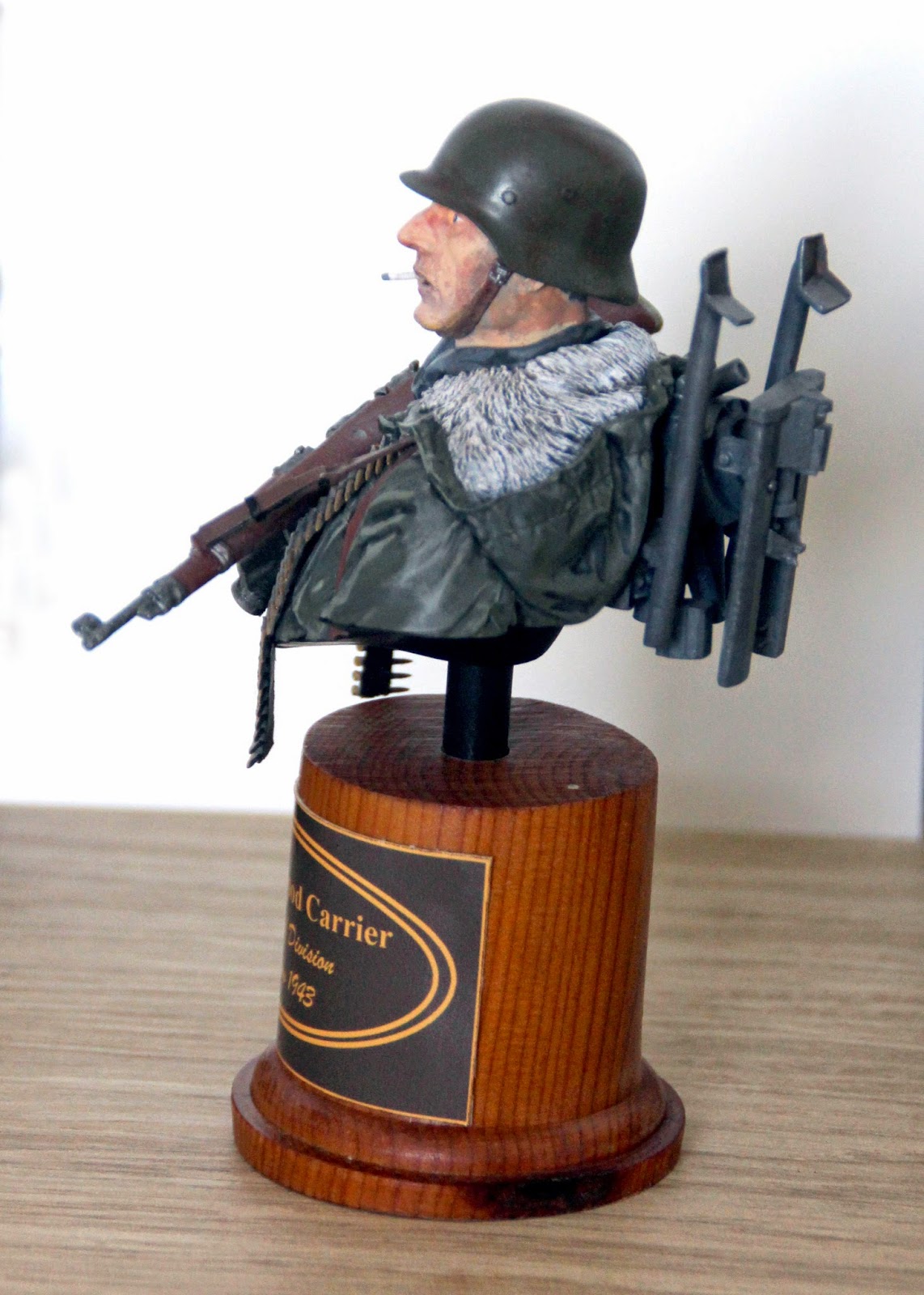 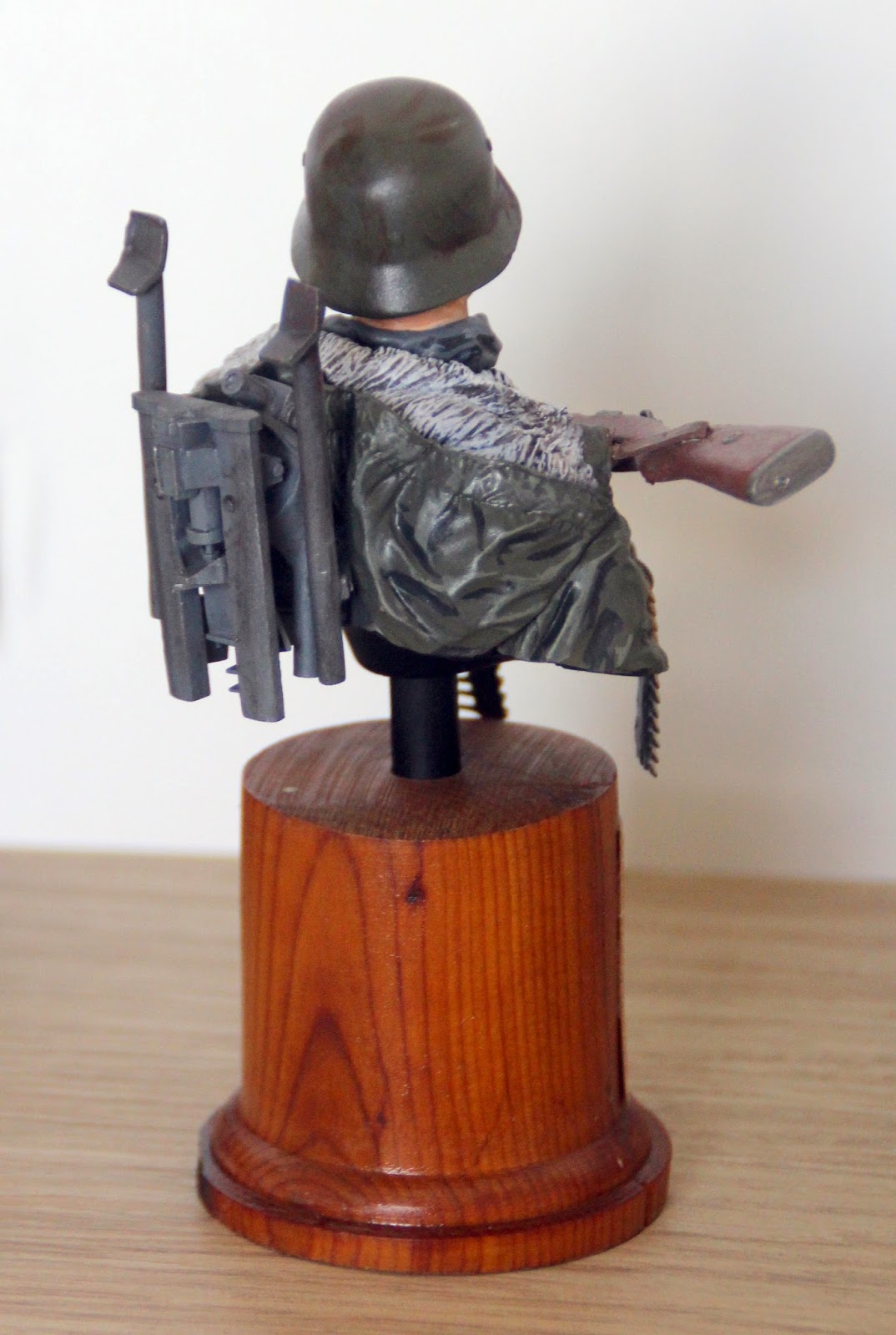 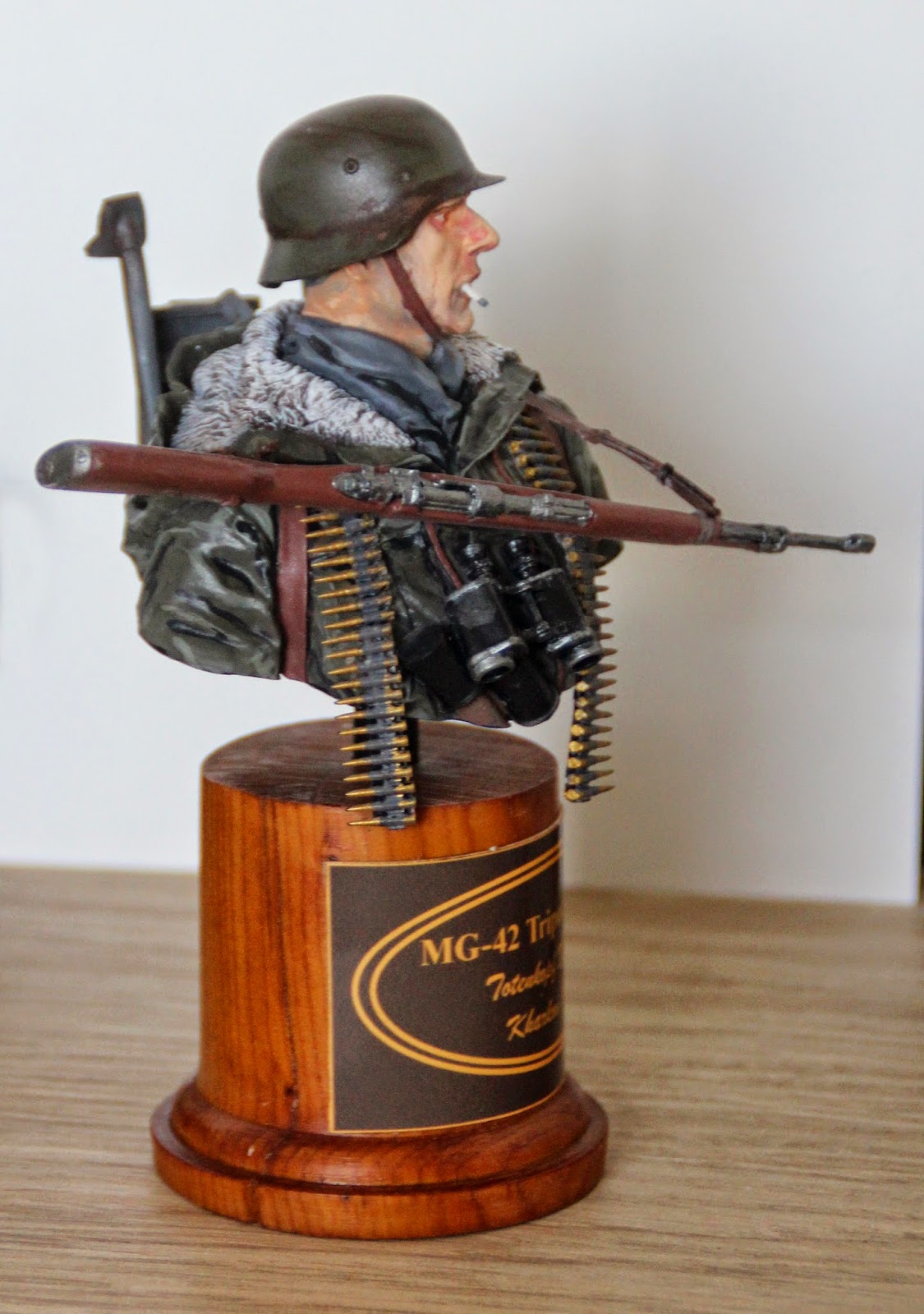 Posted by Long Haired David at 7:09 AM