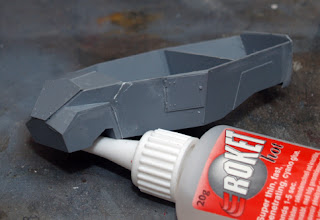 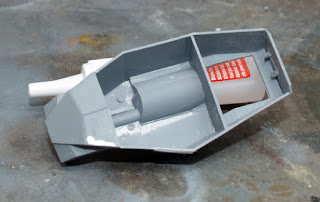 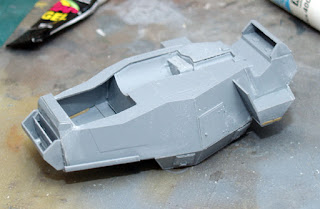 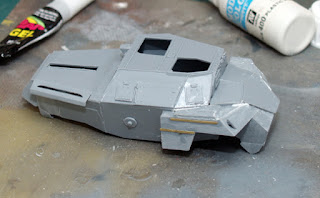 Having imported this kit from the Czech Republic and having had a variety of comments on it, I felt that it would be a good idea for me to actually build one.

Firstly, it must be realised that we are talking 'short run' here, not first line manufacturer. I think that part of the issue some people have with the kit is that they have been basically spoilt as armour modellers. If they were into aircraft, 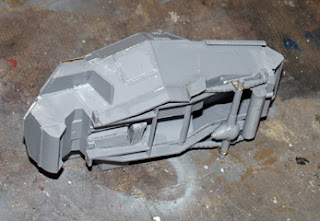 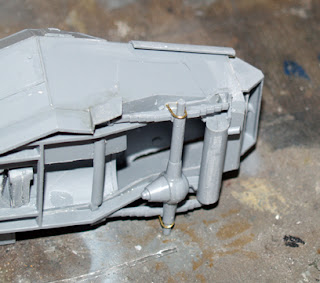 then to complete their collection they would have needed to make kits from the likes of MPM, Special Hobby and Classic Airframes. All of these manufacturers make kits of aircraft ignored by the mainstream manufacturers and although they can be tricky to build, they generally make up into a good representation. However, a lot of armour modellers never move out of the Tamiya, Dragon, AFV Club. Trumpeter circle and thus have not been exposed to what 'short run' means. Short run normally means slightly soft plastic, large sprue attachment points, some flash and a bit of work to make some parts fit. It also means that you get an interesting subject that fully represents the target. This is pretty much
where SKP see

m to be at the moment.

Right, now to the kit. I am about 1/2 way through and I have found that it goes together quite well so long as you clean every piece up and test fit before glueing. I also had to make up some wire parts myself and drill some holes. None of it was at all difficult or to fiddly and so far I have only had to use my Vallejo putty on three occasions and even then just to clean up a line join - no major filling has been needed. I have to say that I have enjoyed the experience so far and will be very proud of the model when it is finished. My current opinion is that it is a good kit which needs some skill to put together but will regard you with an unusual vehicle in the end.

hi dave.
love the blog.
great to see someone doing a british subject for a change.herd bad things about skp humber so iv got the bronko 1. tho u seem happy enough. hope mine turns out as good.
keep up the great work & hope to see it at a show sometime n maybe we can compare the 2 modelcompanys offerings

keep up the great bloggin