I thought that the small Beaufighter was finished, but...

I have spent today working on the 1:144th Beaufighter. It has been a fiddle from start to finish. I missed putting part of the engine into the nacelles so I had to work around that by cutting things down and fiddle-faddling around. I, eventually, got the propellors on. A coat of Xtracrylix matt varnish brought everything together.  I then painted the cockpit glass and fitted it. I use Gator's Grip for fitting transparent parts. This works very well - and quickly.

Setting up my camera, I took at least 7 shots of the model (one at every focus point) in each pose. I then, as usual, used Helicon Focus to patch these together into a single image. I now have three nicely posed images, fully in focus. However - I will discuss this after you have seen the images. 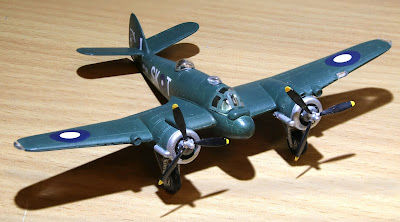 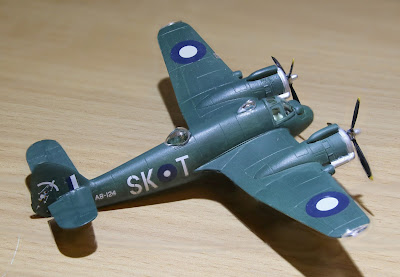 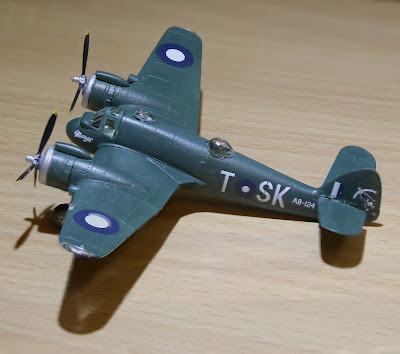 By clicking on one of the images, you can see a side show. This is when the problems come to light. Firstly, I have made a bit of a mess of the panel lines on the cockpit transparency and it doesn't sit correctly on the plane. This means, that I will have to remove it, clean it up and start again! Secondly, I originally fitted the plastic tailplanes as I thought that these would be easier to fit and glue. However, I had continuing trouble with the port tailplane until, eventually, it fell off and the carpet monster claimed it. Luckily, there was a pair of resin tailplanes in the box, which were the correct ones for this particular marking anyway so, reluctantly, I had to use them. I hate superglue! Anyway, I got them fixed but now, under the glare of the lights and the enlargement, I can see that the port one isn't finished off at all nicely. This will have to be worked on carefully as I don't want to take the tailplane off AGAIN!