As you will know, I am a big fan of the GT40 as I was there in 1966 - well waking up every hour or so to check on the positions of the Fords v the Ferraris over that weekend. Also, I have both Bruce McLaren/Chris Amon car and the Dan Gurney one (with the extended roof) - both from Fujimi kits. I was very excited when Meng brought out their 1/12th scale version but was less interested when I found out the price! However, they then released a 1/24th scale version and that I had to have.

I decided that I should do it in Ken Miles' No. 1 which meant going to Hiroboy.com for one of their fabulous Zero Paints. Needless to say, I had to buy some cleaner for it. I then made a bit of a mistake going for their 2-Pack varnish as this, I have found in the past, is tricky to use as it goes off quite quickly and there is always the chance of it solidifying in the airbrush.

When I was at St. Ives for the show, I got talking to a guy from the Mildenhall club who recommended something called Gauzy Agent. One of the traders had some. I must say that it works very well but it seems to be a dead ringer for Future, of which I have a stock anyway. I used it and it came out well so I will stay with that for now.

I don't have a lot to say about the build as it went together very easily. The suspension, at both ends, was a bit fiddly but it got together somehow. The main problem is that I can't get the body to sit down on the chassis properly. I have left it un-stuck as I didn't want to risk ruining the paint job (as you can't brush with Zero Paints) and I can now open it up to show off the engine and the interior. Any way here goes with the slides.

Click on any image to see a larger version. 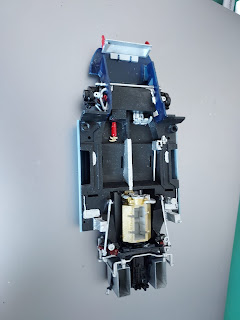 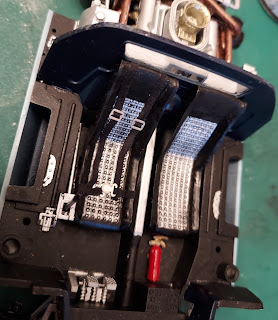 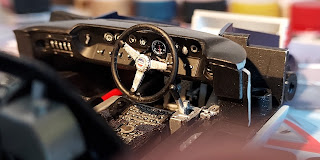 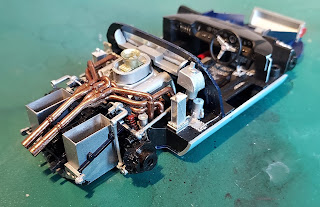 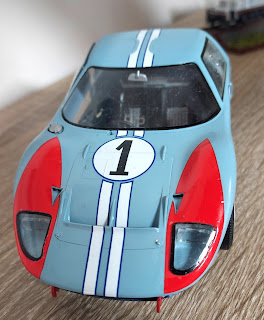 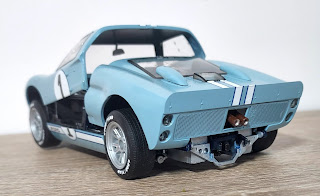 Posted by Long Haired David at 4:09 AM