Progress on the Luftwaffe Afrika Korps Pilot and other things

Firstly, I am not getting on too well with the Whitley. I am currently working on tidying up the camouflage before I put the decals on. The dividing line between the upper side and the aluminium underneath is proving a bit tricky around the engine nacelles.

I am getting on quite well with the Luftwaffe pilot but have reached the point where I always have difficulty - the face. Anyway, this is where I am with it. 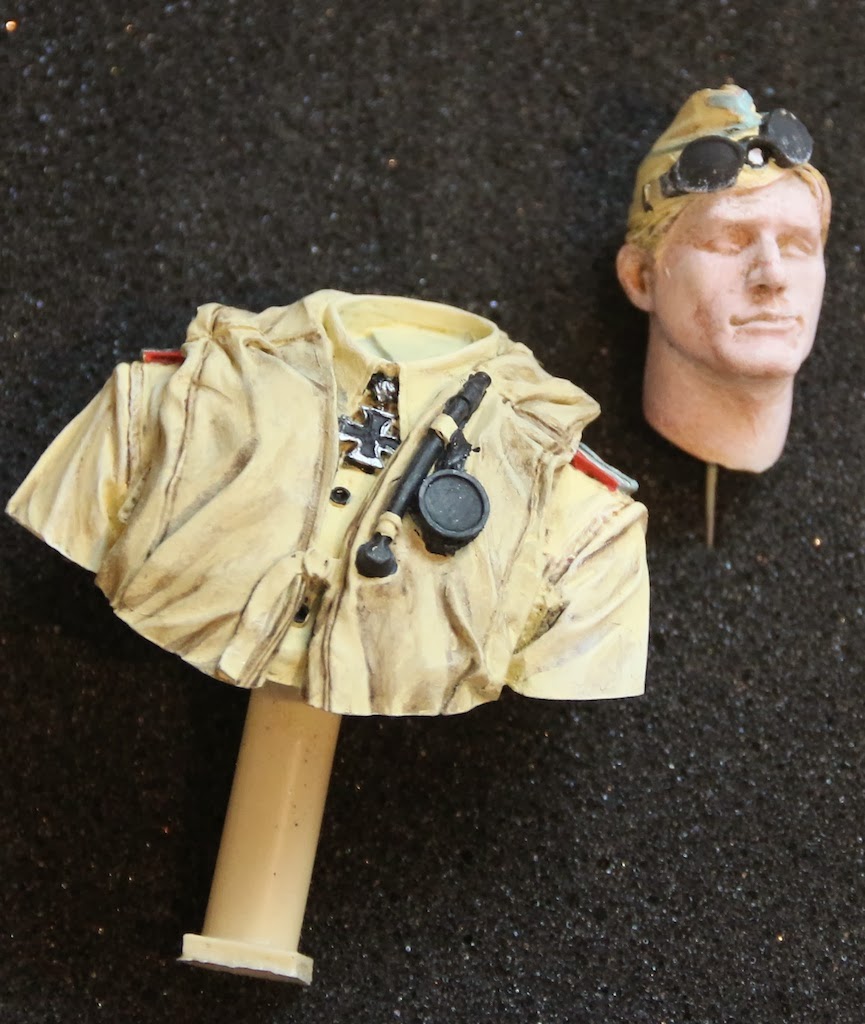 The body is pretty much finished. The forage cap is nearly done - just a little more touching up. I have the goggles to complete and then... the face! The face has had some pre-shading and now has its first overcoat. Some way to go though!

My other little project is following on from recent completions. I seem to have got it in my head to have a go at some 1/144th aircraft. I have done a few before and I quite like the fact that they can be competed quite quickly. The current project is a Revell Miniwings 1/144th Hawker Typhoon Mk1. I know that I have just finished the Airfix 1/72nd scale version but I have had this since before Modelzone shut down (one of my few purchases from that store). 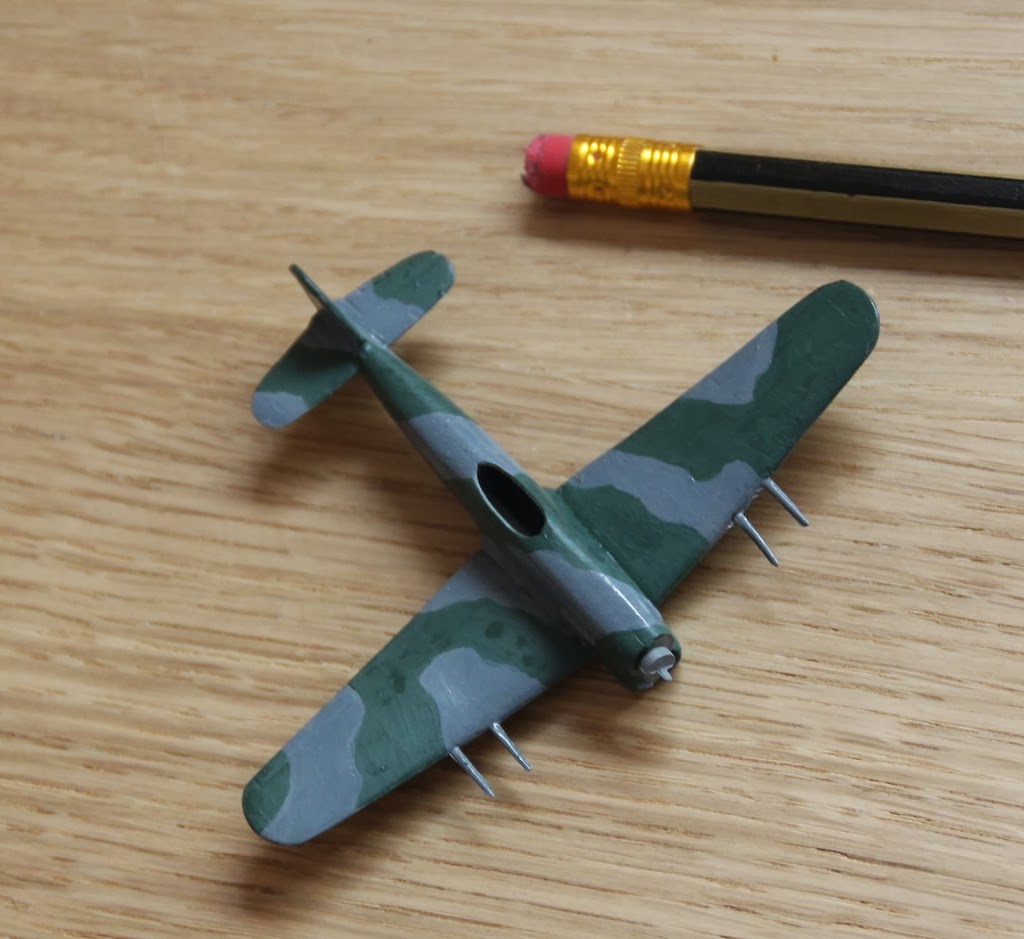 You can see how small it is up against the pencil.

Posted by Long Haired David at 3:03 AM