I am back on my Fleet Air Arm journey, at least while I think about painting the body of the Mustang.

I have just started to build the Hobby Boss Hawker Sea Hawk FGA.6 in 1/72nd scale. These Hobby Boss kits are very nice. Well moulded, no flash, great fit and very clear instructions. This one will be done is Operation Musketeer markings; i.e. The Suez Crisis when all the aircraft involved wore black and yellow stripes in the hope that our gunners wouldn't fire on them - some hope! Normally, I would have done the other scheme but a) I don't much go for the Dark Sea Grey and White, I much prefer the Duck Egg Green underside and b) the black and yellow strupes come as decals so I don't have to worry about painting them!

This is the box art so you know what I am talking about.

I have started work on the cockpit. One of the interesting things I have found since being retired is that I can now think about doing things slowly and carefully - viz: the care I took over all the small decals on the Mustang. This is something that I didn't do before - I always wanted to get on with things. However, now I have the modelling table in the living room and can model at any time of the day or night that I fancy, I am finding that I sit down little and often and do all the fiddly bits - then let them dry before touching them further.

Anyway, here are some shots of the cockpit. the eat belts are my usual Tamiya masking tape. I even used Gator's Grip acrylic glue to glue on the transparent part of the gun sight. I would have just used Plastic Weld and hoped in the past! I also filed off the moulded on bits on the cockpit tub which represent the various controls on the side and the control panel. Filing them off gave a much better base to the decals which now sit flat. Didn't used to do that :-( 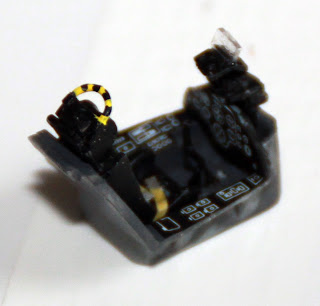 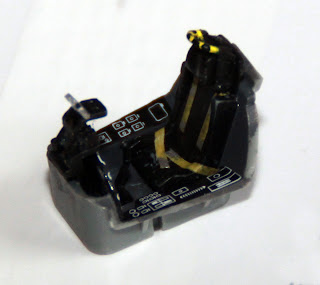 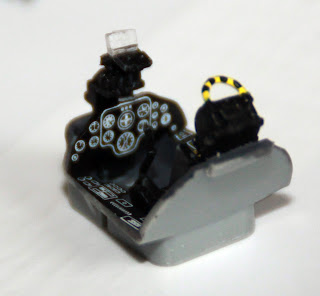 Posted by Long Haired David at 3:53 AM